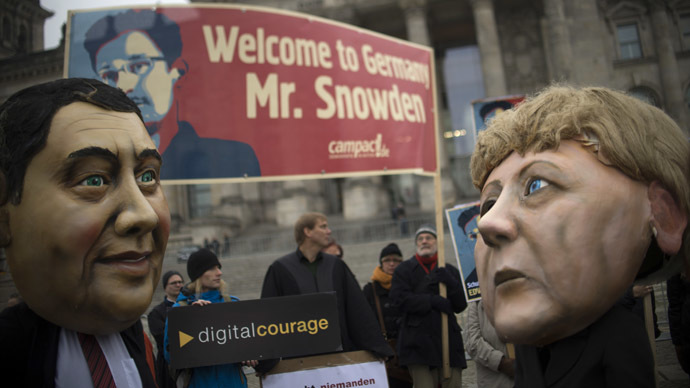 As first reported by The Local, U.S. “politicians are asking that NSA surveillance whistleblower Edward Snowden be allowed into Germany for an ongoing investigation.” As reported by Russia Today, these politicians “wrote a letter to the Federal Court of Justice, asking that Snowden be allowed to be questioned in Germany for an ongoing inquiry into US National Security Agency (NSA) surveillance”

According to DPA sources, they want to break a blockade by the coalition government against having Snowden come for questioning about surveillance by the NSA. “Neither a questioning by video nor a hearing of Snowden in Moscow are the same as a questioning in Berlin,” said Linke politician Martina Renner.

The problem with all of this, if you are Edward Snowden, that is, is an extradition to Germany might as well be an extradition to the USA – where Snowden could face charges of treason. While it is unlikely Russia, who has been giving Snowden asylum, will give Snowden to Germany, it has to be nerve-racking.

This is not the first time something like this has come up with Snowden, and considering the recent attempts to extradite and/or assasinate Assange at the same time, it is curious what the near future holds for both these men.

The debate over Snowden, himself, is also interesting. Snowden is technically a criminal, a wanted felon, but all he did was tell the U.S. citizens the truth about the size and scope of American government’s domestic spying – which is criminal in its own right. Did this undermine our national intelligence and natural security? Yes it did. Was it the truth? Most certainly was.

“The duty of a true patriot is to protect his country from its government.”

It is sheer conjecture, but I think Thomas Paine would consider Edward Snowden a true patriot – not a traitor. Even though Paine was a founding father of this nation, our modern government would probably be treating Paine equally as warmly as they are treating Snowden today.

This article (U.S. Politicians Call on Russia to Extradite Snowden to Germany) is a free and open source. You have permission to republish this article using a creative commons license with attribution to the author and AnonHQ. Join the conversations at www.anonboards.com.