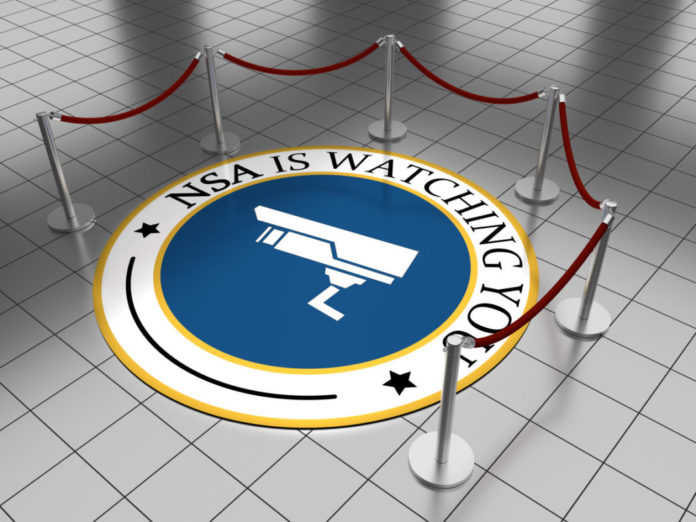 Section 702 of the Foreign Intelligence Surveillance Act (FISA) has come under scrutiny as it is set to expire this year on Dec. 31. The deadline of the contentious section which came into law in 2008 and was renewed in 2012, has impelled lawmakers to review its necessity.

Section 702 of the FISA arguably allows the NSA and other agencies to exploit loopholes to intercept Americans’ communications while collecting information on foreign targets. Depending on who you speak with, this is an infringement on Americans’ privacy under the Fourth Amendment, or it’s vital to national security.

Rep. Bob Goodlatte, who opened the recent meeting over Section 702’s future began by outlining it as “an important safeguard.” He continued however, saying that “We must ensure that our protection doesn’t come at the expense of cherished liberty.”

The argument over renewing Section 702 in 2018, which was originally pushed by the Bush/Cheney team in 2002 post 9/11, when it was illegal, is about the “backdoor” and “large scale warrantless surveillance of those communications,” that since 2008 has become legal. Argued by ACLU’s Deputy Legal Director Jameel Jaffer in 2014, he continued by saying this Act is designed to conduct warrantless searches on Americans.

Back in 2002, however, it was allegedly about the War on Terror, with the NSA authorized to eavesdrop on Americans in “search for evidence of terrorist activity,” reported the New York Times in 2005. The warrantless searches can target anyone and everyone who has contact with a person outside the United States. These people can include journalists, politicians, business executives, human rights activists and attorneys for research or merely banking purposes. It’s most likely that Gen. Flynn’s intercepted conversations with the Russians occurred under Section 702. Anyone who communicates with a “foreign target” can be monitored.

In an interview with CBS News, Sen. R-Kentucky, Rand Paul was questioned over his thoughts about the wiretapping accusation that Obama had allegedly wiretapped Trump’s phone calls. “I doubt that Trump was a target directly of any kind of eavesdropping, but I am not saying it didn’t happen. I think there’s a very good chance it does,” Paul said.

“But the way it works is, the FISA court, through Section 702, wiretaps foreigners and then listens to Americans. It is a backdoor search of Americans. And because they have so much data, they can tap — type Donald Trump into their vast resources of people they are tapping overseas, and they get all of his phone calls.

“And so they did this to President Obama. They — 1,227 times eavesdrops on President Obama’s phone calls. Then they mask him. But here is the problem. And General Hayden said this the other day. He said even low-level employees can unmask the caller. That is probably what happened to Flynn.

“They are not targeting Americans. They are targeting foreigners. But they are doing it purposefully to get to Americans.” Senator Paul’s inadvertent broader revelation highlights the US government’s ability to spy on Americans’ communications. Often this point is concealed by “government defenders” as Glenn Greenwald of The Intercept points out, and often those criticising such abilities are attacked.

“It’s no surprise, then, that as soon as Rand Paul was done uttering the unpleasant, usually hidden truth about NSA’s domestic warrantless eavesdropping, the cavalcade of ex-intelligence-community officials who are now heavily embedded in American punditry rushed forward to attack him,” Greenwald said in his article. The claim that Americans can’t be monitored without probable cause and a warrant is false. It is also legal to do so, thanks to the loopholes. Americans’ communications with foreign targets, since the law passed, became ‘incidental’ but a necessary part of maintaining national security; the ones “most important” to the intelligence agencies, Gen. Michael Hayden, director of the NSA from 1999-2005 said in an S.Comm on the Judiciary hearing “Fisa for the 21st Century” in 2006.

The Edward Snowden whistleblowing only sought to expose what we now know is commonplace. The Americans along with the rest of the world are heavily monitored. All you have to do is drop the CIA/NSA’s ‘word of the day’ to end up on their list. Whether you agree with the national security line or not, the one thing agreed upon now is that this level of warrantless eavesdropping does indeed occur.

This article (Confirmed: FISA’s Section 702 Permits “Warrantless” Spying on Americans’ Communications) is a free and open source. You have permission to republish this article under a Creative Commons license with attribution to the author AnonWatcher and AnonHQ.com.