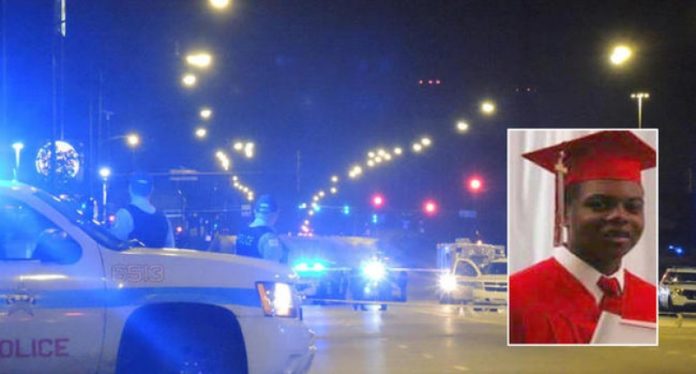 The tension surrounding the murder of LaQuan McDonald by Chicago police officer Jayson Van Dyke has reached new levels; prosecutors are ramping up their case and adding an additional 16 charges to the docket. Van Dyke has already been charged with murder for the death of McDonald in October 2014. The new charges come after an attempt by the defense to have the charges against Van Dyke dismissed.

The McDonald murder was one of the higher profile murders to make the news. It involved a cover-up that involved a six million dollar pay off to the family, and was even acknowledged by the highest levels of Chicago government. Mayor Rahm Emanuel was caught in the crossfire and alleged to have been part of the city-wide attempt to squash the details of the case. It took more than a year before the Cook County prosecutor’s office brought charges against Van Dyke. Numerous other officers were fired in the wake of the cover-up for falsifying their reports and even deleting dash cam video footage. The special prosecutor assigned to the case is Joseph McMahon. He did not give a reason for the additional 16 charges, however, many are speculating that the new charges are meant to fill in gaps left by the initial charges, which the defense was challenging on technical grounds. According to the defense, the prosecution’s case is largely built on statements made by Van Dyke to the IPRA, the police review agency tasked with “independent” investigation. According to police rights advocates, officers cannot be made to give incriminatory testimony against themselves, which is exactly what Van Dyke did. The motion to have the charges dropped claimed that without these statements, the prosecution will be unable to prove their case. Van Dyke was the first Chicago police officer to be charged with first degree murder since 1980. Once the video was released, the discrepancies between the police reports about the incident and what actually happened sparked waves of protest and outrage. The video clearly showed McDonald walking away from officers when he was killed by 16 shots fired by Van Dyke. Van Dyke claimed in his report however that, “McDonald raised the knife across his chest and over his shoulder, pointing the knife at Van Dyke and attempting to kill Van Dyke.” Van Dyke murdered McDonald within six seconds of arriving on scene, hardly enough time to come to grips with what is happening. Another report read “In defense of his life, Van Dyke backpedaled and fired his handgun at McDonald to stop the attack.” The timing of the new charges would seem to be the prosecution team’s answer to the defenses motion, seemingly making their case more air tight. The sixteen charges are that of aggravated battery, one for each shot that struck the 19-year-old black male. Without comment, one can only speculate the reason for the charges, however, the prosecutor is more than likely making sure to not allow the case to fall through the cracks by not appropriately charging – which has happened several times in recent history. Van Dyke’s next court appearance is scheduled for next month.

This article (Cop Accused in LaQuan McDonald Murder Hit with 16 Additional Charges) is a free and open source. You have permission to republish this article under a Creative Commons license with attribution to the author and AnonHQ.com.