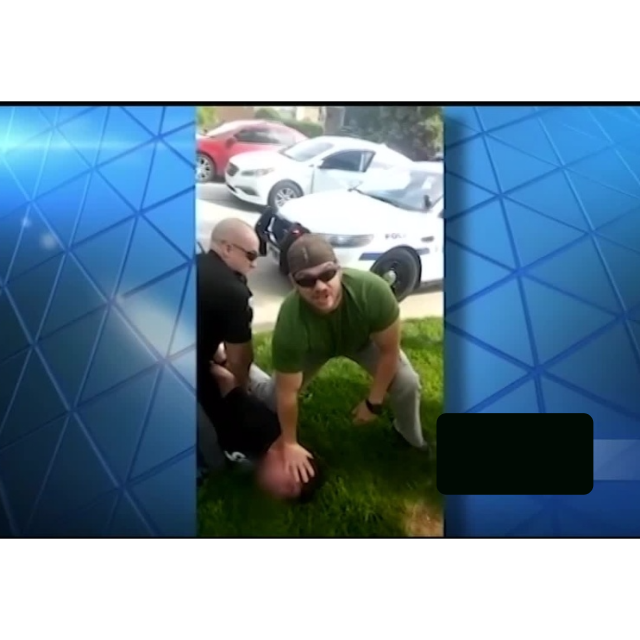 When the Florence police responded to calls of a disturbance, no one expected the response to turn violent. Knowing police were involved, it should have been a safe assumption. Police had been called to the neighborhood, responding to complaints of kids fighting a couple of times before, so the police showed up, ready to end the problem once and for all.

According to Rebecca Brummett, her 12-year-old son was slammed to the ground, handcuffed and beaten for no reason. “He drove up on the sidewalk and he walked around the cruiser. The cop got out and grabbed him,” Brummett stated to the media. Her son said “get off me,” as any child would do. For this, the still unnamed and out of uniform cop, slammed Rebecca’s son to the ground, holding his head against the grass. “Get off my son now. He’s only 12.” The officer tells her to shut up. She then stated that he put his hand on his taser, as if he couldn’t handle the 12-year-old. The plainclothes officer was accompanied by another large officer, who also held the boy down.

According to the officer’s report, the juvenile “resisted arrest,” which warranted the overly violent take-down. The report also attempts to paint Brummett’s son as hostile by walking with both his fists clinched. The officer employed the usual tactic of creative articulation in the narrative, attempting to justify his actions.

Officers always attempt to use technical sounding language to hide specific details of an incident. This officer ordered [redacted] to stop – [I] grabbed – by the left arm in an effort to control him, the report read. The report used standardized police catch phrases. In this case, [subject] pulled away and began to resist. The phrases braced, tensed and pulled away are taught to be used in all use-of-force reports, as well as statements indicating that the officer was in fear. Another line in the report reads as though the boy continued to resist throughout the incident, despite a video depicting quite the contrary.

The incident was captured on cell phone video by Brummett. It was this video that resulted in the officer’s suspension. The attitude of the officer was combatant from the beginning, with the video capturing him taunting Brummett saying “do it,” in an obvious attempt to incite additional violence. It is this thirst for conflict and violence that seems to define American police in the 21st Century. The department refused to provide a statement to the media in regards to the incident. They reached out to Brummett and notified her of the result of their internal investigation.

Unfortunately, it wasn’t the officer’s violent actions that were the reason for the suspension. In fact, he was suspended for saying “shut up” to Brummett during the encounter. The act is typically deemed inappropriate behavior toward the public, a relatively minor offense. It would seem to pale in comparison to the violence perpetrated on a 12-year-old boy.

This article (Cops Assault 12-Year-Old and Taunt Mom Who Watches in Horror) is a free and open source. You have permission to republish this article under a Creative Commons license with attribution to the author and AnonHQ.com.