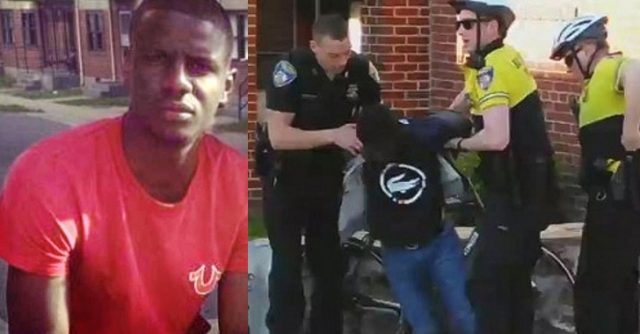 Freddy Gray was murdered by the Baltimore Police Department. He was never even accused of a crime, yet police chased him, beat him and threw him into the back of a transport van. By the time the van arrived at the jail, Freddy needed to be transported to a hospital where he later died. Despite the overall consensus that the Baltimore PD acted inappropriately, the officers involved received a standing ovation at a recent right-wing ball put on by a conservative media group, Media Research Center. The Media Research Center held a formal event in which pro-police apologists condemned the war against cops, stating that attempts to jail those responsible for Gray’s death should never have occurred. Fox news contributor Deneen Borelli stated “In April of last year, six Baltimore police officers were transporting Freddie Gray to jail and he died en route. Immediately someone made the accusation that Freddie Gray had been killed by police. The accusation grew and grew – fed by the left, political agitators, and the national media – to advance the anti-police narrative. Soon there were riots in the streets.”

The ignorance and intentional subterfuge of the truth is demonstrated overwhelmingly in Borelli’s speech. “The five men and one woman, all veteran police officers, were now in handcuffs, fighting for their lives, their careers destroyed, bankrupted, humiliated.”

It was at this moment that the audience of Alt-Right supporters rose up and delivered a standing ovation for the six murderers who caused Freddy Gray’s death. The killers were in attendance, including Officers Brian Rice, Edward Nero and Garret Miller, who went on the stage to receive the applause.

After a mistrial, prosecutor Marylyn Mosby dropped the remaining charges against the other officers. All too often, when police commit murder, with a little smoke and mirrors the jury is then unable to determine if a crime was committed. We are seeing this pattern over and over in the trials of police murderers.

“No one apologized for ruining their lives. No one thanked them for their service or recognized their honor. Who will thank these officers? Who will thank all police officers…at a time they are being so vilified? Tonight, ladies and gentlemen, we will.” Applause erupted from the crowd, who obviously hold the life of white murderers over that of an innocent black man murdered by thugs. The group who held the event had the officers on stage to present the “Dan Rather Memorial Award for Stupidest Media Analysis” to MSNBC’s Melissa Harris-Perry. They also gave out awards meant to demean and degrade their political or philosophical opponents including the “Hail Hillary” award and the “Damn Those Conservatives All To Hell Award.” The Media Research Group has plagued the world with pro-right wing propaganda since 1987, claiming that their purpose is to expose “the propaganda arm of the Left: the national news media.”

This article (Cops Who Murdered Freddy Gray Hailed as Heroes at Right Wing Media Event) is a free and open source. You have permission to republish this article under a Creative Commons license with attribution to the author and AnonHQ.com.