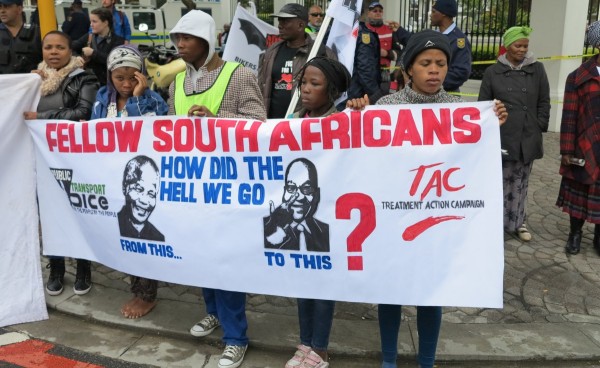 Apartheid ended in the Republic of South Africa in 1994. Apartheid was enforced through legislation by the National Party (NP), a governing party made up of the white minority racial group in the country.

The NP ensured that the rights, associations, and movements of the majority black inhabitants and other ethnic groups were curtailed. White supremacy was the order of the day. Whites were better educated, had the best jobs, and lived in the best parts of the country. This exclusion and suppression by the settlers (whites) against the natives (blacks) led to the rise of ‘Black Nationalism or the Resistance Movement,’ which aimed to liberate blacks from the domination and suppression. This spread throughout the country, and even to other parts of the African continent.

However, unfortunately, a series of horrible events followed. Many black people suffered gross abuse from the Apartheid government. Some leaders of the ‘Resistance Movement’ were arrested and sentenced to many years in prison. Nelson Mandela was among those who were arrested. Finally, when apartheid ended and multi-party democracy began in South Africa, the country instantly became a beacon of hope for many people on the African continent. Even those based outside the continent—individuals that were sympathetic to the black cause in South Africa—were relieved. Many hoped that this change would present a new opportunity for the black population in the country.

It is a fact that apartheid affected the black population. Many were poorly educated. Many were jobless. Many lived in slums. Many had poor health facilities. To sum it up: many lived in abject poverty. Therefore, many expected that the new black government would start addressing these social issues in order to restore hope. However, after almost 22 years since political power was given to the blacks through the ballot box, things seem to be falling apart in the country. Following the election of the 27th April 1994, Nelson Mandela was sworn in as South Africa’s first democratic president. Mandela was elected on the ticket of the African National Congress (ANC), a predominantly black political party. The ANC has been the dominant political party in South Africa since the end of apartheid. After serving for only a single term (from 10 May 1994 – 14 June 1999), Mandela decided to leave politics. According to political commentators, Mandela left office with his head high. He left as a legend. He had undertaken many reforms aimed at improving lives and reconciling the nation. What happened in the apartheid-era was to be forgotten. A dawn of a new era was to begin.

Thabo Mbeki was elected as the new leader of the country. The ANC was heading for a second term in office. At this time, everything started changing. The hope and aspiration started fading away. The top elites of the party became a cabal. Some started amassing wealth for themselves and their families. Fighting within the party became common. Factions started to emerge in the party, with party loyalists declaring their support for their preferred personalities. Keen political observers started sensing danger. Some warned that the country was not on a good course. Even voices from religious bodies were heard criticizing the leadership of Mr Mbeki. For example, in 2004, the Archbishop Emeritus of Cape Town, Desmond Tutu, criticized President Mbeki for surrounding himself with “yes-men.” Archbishop Tutu said Mbeki was not doing enough to improve the condition of the poor, and that he (Mbeki) has promoted economic policies that only benefit a small black elite.

Before Mbeki left office, there had been a series of allegations and counter-allegations of corruptions within the ANC and the government as a whole. Mbeki removed Jacob Zuma, who would later become president, from his post as deputy president of South Africa. Zuma was implicated in a corruption scandal. He was charged with 16 counts of fraud and corruption, many of them connected with a huge weapons purchase. Mbeki would leave office on the 24th September 2008. It was clear that things had gone bad under his leadership. There was no unity in the ANC, the crime rate was rising, people were dying of HIV/AIDS, corruption was widespread, poverty was on the rise, and unemployment was increasing. Jacob Zuma would then go on to take over from Mbeki, and remains in power today. During this time, things have continued to decline. Zuma, already a controversial figure in corruption, even before he became president, has witnessed government officials looting the state coffers to enrich themselves. Not long ago, Zuma himself was accused of using more than $20 million to renovate his private residence at Nkandla, KwaZulu-Natal. According to the World Bank Group’s World Governance Index, South Africa has fallen over 20 percentile points in the control of corruption since the year 2000, just after Nelson Mandela left office. According to a recent report, about 83% South Africans believe their government is corrupt. In 2015, protesters marched in Pretoria, Cape Town and Durban, denouncing rampant corruption in the country. The anti-corruption activists said the march was in support of transparent funding models for the country’s political parties. Protesters demanded that state-owned enterprises should stop being used to benefit corrupt individuals in the government. Activists said since the ANC took over, corrupt officials have stolen a staggering $50bn in the country. Observers say the fall in the efficiency and effectiveness of the South African leadership is paralleled by the rise in crime and social unrest. In 2014, the country’s murder rate increased for a consecutive year for the first time in twenty years, and it has continued to rise in 2015. In total, there was a rise in 16 of the 27 classifications of crimes in South Africa; robbery, sexual offences and drug related crimes were among them.

These vices have led to the rise of social unrest in South Africa. For example, in 2015, there were horrible xenophobic attacks on foreigners by South African citizens. Citizens said foreigners had taken over their jobs, and therefore wanted to eliminate them from the country. In addition, the #FeesMustFall protest by university students also highlights the failures of the leadership in the country. According to data from the South African Police Annual Reports, since 2010, the numbers of unrest-related incidents have more than doubled.

All these negative developments are affecting the South African economy. It is projected that the country’s economy will grow by 0.7% in 2016. The South African currency, the Rand, lost close to half of its value in 2015—its lowest ever value.  Economists even predict that the Rand will further depreciate this year. The unemployment rate is at a record high. Currently, South Africa has the sixth highest unemployment rate in the world. And to make matters worse, several companies and multinationals are announcing massive job cuts. All these misfortunes are a result of the mismanagement, corruption, and leadership failures.

This Article (Corruption in South Africa: $50bn Stolen By Black-Dominated Government Since The End Of Apartheid) is free and open source. You have permission to republish this article under a Creative Commons license with attribution to the author and AnonHQ.com