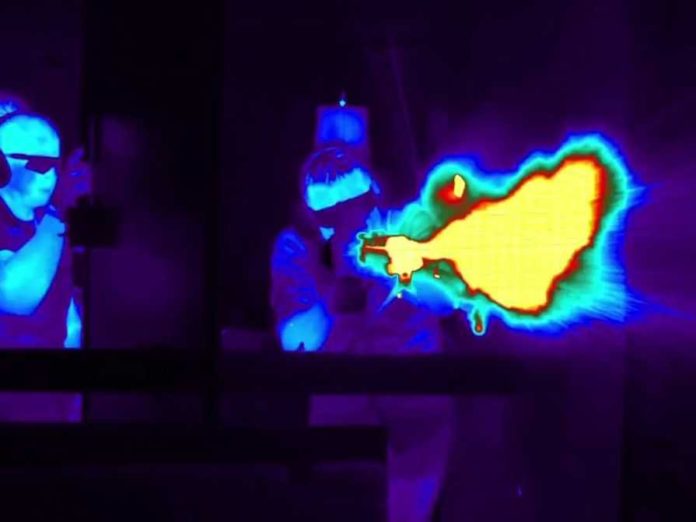 Is unplugging your Internet connection enough to hide from prying eyes? Certainly Not. Just because you’re offline doesn’t mean your computer or your Smartphone can’t be hacked. Chances are high that you are one of the owners of nearly 100,000 computers around the world in which the National Security Agency has implanted software that enables it to enter and alter data in computers even if they are not connected to the Internet. Dubbed Quantum, this secret technology relies on a covert channel of radio waves that can be broadcast from up to eight miles away and insert packets of data in milliseconds.

Here are 6 other noble ways that people with malicious intent can use to hack your computer and Smartphones even if they aren’t connected to the Internet.

“Data can be intercepted more easily if the target computer is connected to the power line. Voltage fluctuations that correspond to keystrokes create noise in the ground line. The ground line noise can be intercepted by a hacker connected to a nearby power socket. The price for the equipment with the effective range of 50 feet (15 meters) is $500.”

A hacker could use your Smartphone to track what you are typing on the keyboard of your computer if your phone and PC are sitting just inches apart. According to computer scientists at Georgia Tech, the accelerometers in many Smartphones —the internal device that detects when and how the phone is tilted — could be used to decipher what you type into your PC keyboard — including passwords and e-mail content — with up to 80% accuracy.

“The technique depends on the person typing at their computer with their mobile phone on the desk nearby. The vibrations created by typing onto the computer keyboard can be detected by the accelerometer of the phone and translated by a program into readable sentences.”

According to researchers at Nanjing University in China, hackers can track the movements of millions of subway riders around the world with up to 92% accuracy by not using GPS but by breaking into Smartphone motion sensors.

“If a person takes the metro, a malicious application on her Smartphone can use the accelerometer readings to trace her, i.e., infer where she gets on and oﬀ the train. The cause is that metro trains run on tracks, making their motion patterns distinguishable from cars or buses running on ordinary roads… The running of a train between two neighboring stations produces a distinctive fingerprint in the readings of 3-axis accelerometer of the mobile device, leveraging which attackers can infer the riding trace of a passenger… The ability to track subway riders represents a significant cyber security threat to the tens of millions of people who use public transportation every day.”

Sniffing Keystrokes With Lasers And Voltmeters

If hackers can tap into an electrical socket near a computer or if they can draw a bead on the device with a laser, they can steal whatever is being typed into it. The equipment to carry out the power-line attack could cost as little as $500, and the laser attack gear costs about $100 if the attacker already owns a laptop with a sound card.

Researchers at Ben Gurion University in Israel have shown that it’s possible to rig up two-way communication with an air-gapped computer via heat exchange. By detecting the heat from one computer to an adjacent computer, it is possible to establish a channel that can facilitate the spread of keys, malicious code and any kind of data.

As a doctoral student at Rensselaer Polytechnic Institute, Tristan Lawry developed and demonstrated an innovative new system in 2011 that uses ultrasound to simultaneously transmit large quantities of data and power wirelessly through thick metal walls, like the hulls of ships and submarines.

“Using the three main building blocks of electrical engineering — power, communications, and computing — Lawry has developed a system that can communicate through a thick metal wall without the need for a battery or any supplemental power source. This means sensors on the outer hull of submarines can be made to work with systems on the other side of the wall for many years without the need for human intervention.”

This Article (Cyber Spy Tools: 6 Insane Ways To Hack An Offline PC, Smartphone) is free and open source. You have permission to republish this article under a Creative Commons license with attribution to the author and AnonHQ.com.