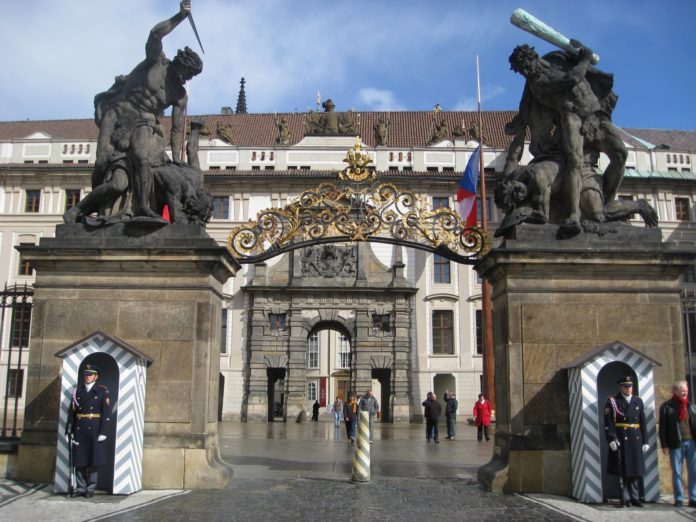 Prague, Czech Republic — The US government attempted to tell the Czech President where he should and should not travel…. And this pissed him off. The US government advised President Milos Zeman, through its ambassador in Prague, to stay away from a World War II commemoration in Russia.

This phony attempt to show Russia as a diplomatically isolated country backfired, when the Czech President not only ignored the US Ambassador’s advice, but banned him from attending any formal events at the castle. President Zeman had this to say:

I can’t imagine the Czech ambassador in Washington would give advice to the American President where to travel. I won’t let any ambassador have a say about my foreign travels.

The incident proves that some Russia is far from isolated, with countries that are more than willing to stand against the aggressive bully that is the US of A. More importantly, it has demonstrated to the world that the isolation of Russia is a manufactured construct based entirely on the US’s diplomatic efforts, rather than any action that Russia had/had not taken on its own.

If Russia were to host an event honoring World War II veterans on its own, a noble cause if there ever was one and held in a country that had suffered worst from it, it will do so not because the international community has chosen to ostracize the nation but rather because the United States has succeeded in bullying smaller nations.

Relations have been tense ever since the US-backed coup in Ukraine failed to transfer power to the “chosen ones”, and resulted in civil war that destroyed those the side of the country that disagreed with this seizing of power. Remember who immediately used the military to quash resistance, an originally peaceful occupation of government buildings that had mirrored the protests in Maidan, less the molatovs being thrown into the faces of the riot police.

As China’s new competitor to the US-backed World Bank gains traction, US bullying directed through its embassies is going to become trickier. The cash flow sustained by the World Bank have kept many countries subservient  to the US out of necessity, but for the first time, the international banking institution will have a direct competitor.

The only questions that come to my mind, is when will the US mainstream media start to demonize the Czechs, and how will they do so in a manner that would allow some “pro-democracy” activists to seize power? We will see how this turns out.