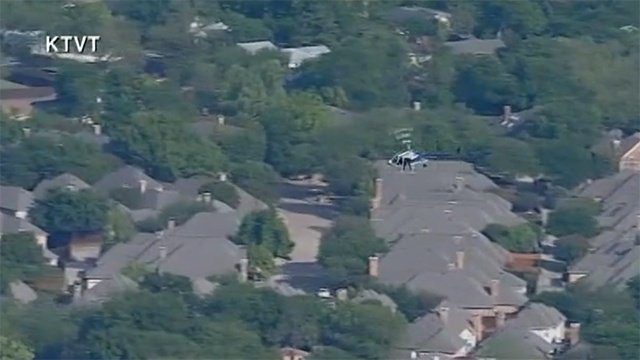 TEXAS — At least three people were wounding, including two police officers, in a shooting at a Home Depot store in Dallas Tuesday. Police are calling the crime a “major incident.”

Several police units converged on the scene where they believe the gunman fled into the woods behind the store. The scene is at 11682 Forest Central Drive.

The Dallas police department confirmed the officers were shot on Twitter, saying they were critically wounded, “We can confirm that two @DallasPD officers have been shot and critically wounded. We will provide updates as we get them. Please pray for our officers and their families.” […] “A civilian was also shot in this incident. The condition of the civilian is unknown at this time.”

The third victim is believed to be a security guard. It was unknown if the officers returned fire.

According to local media, the officers were assisting an off-duty officer working security when the shooter opened fire. The officers were reportedly attempting to serve a warrant.

The SWAT team was requested. No suspect description was available.

We can confirm that two @DallasPD officers have been shot and critically wounded. We will provide updates as we get them. Please pray for our officers and their families.

Sources say Dallas Police officers were helping an off duty officer working security arrest a suspect when they were shot.

Police could not confirm the civilian’s condition.

Police said the suspect Juarez should be considered armed and dangerous. Police say he was wearing a white t-shirt and blue jean shorts.

Police are looking for a white work truck they say the suspect may have gotten into.
The truck is a Ford, possibly F250, white in color with “GX4” on the back fender, ladder rack, and large exhaust pipes rising from the front of the bed.