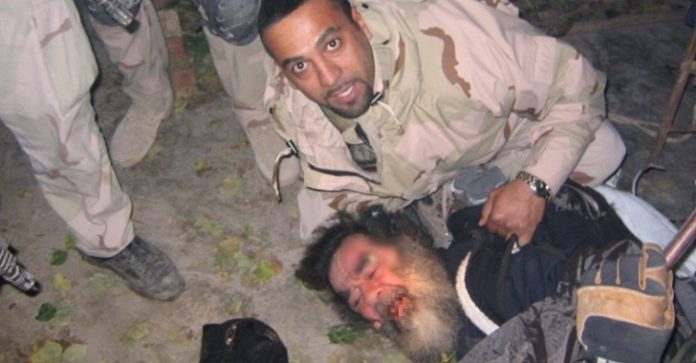 After the 9/11 incident, the United States government led by George W Bush invaded Iraq despite a stalemate at the United Nations Security Council on the invasion.

Of course, the 9//11 incident itself has come under close scrutiny. The available evidence appears to suggest the incident was an inside job. The United States government murdered its own citizens to serve as a pretext to go to war in the Middle East.

Based on this, the United States together with its allies invaded Iraq. The rest of the story is horrible. The United States unleashed pure terror on innocent Iraqis. It was death and destruction. During the first four years of the war, scientific surveys found that between 151,000 to over one million Iraqis died. As it stands now, it is even difficult to estimate the actual death toll from the war.

The United States left Iraq completely in ruins. Today, there is no doubt that Iraq is a failed state. Currently, the so-called Islamic State of Iraq and Syria has carved part of the country, declaring it an Islamic Caliphate. There is Kurdish insurgency, and above all, inter and intra religious sectarianism is inspiring suicide bombing almost on daily basis. More people are being killed from these attacks. However, the prime culprit of this mess in Iraq—Bush sits comfortably in the United States enjoying life. Since Bush became an ex president of the United States, there have been calls by some human rights activists to have him prosecuted and jailed for his crimes. But these calls have proved futile.

More details of the needless war Bush waged in Iraq still continue to emerge. A senior Central Intelligence Agency (CIA) officer who was very active for the United States in Iraq before and during the war has openly said Bush had no reason to invade Iraq.

John Nixon was a top CIA analyst for the United States government. Saddam was captured by United States Special Force close to his home town of Tikrit. After his capture, Mr Nixon served as the chief interrogator of the CIA to try and elicit vital information from him while in detention. Nixon was tasked by the CIA to try and persuade Saddam to reveal where he has kept his WMDs. But after numerous encounters with Saddam, Nixon realized the man had no WMDs. He also found out that the United States had no case to even invade Iraq in the first place. In an op-ed by Mr Nixon published by the Daily Mail, Mr Nixon revealed he had close conversations with Saddam before he was even ousted by the United States.

Nixon lashed out to the CIA which he was part, revealing that his views and intelligence on Saddam was blatantly rejected by Bush because they did not march what Bush was looking for. Mr Nixon said Bush heard only what he wanted to hear; allowing other agents of the agency to mislead him that Saddam had WMDs. Mr Nixon said Mr Bush was very rude towards him when he told him that Saddam had no WMDs per his intelligence.

According to Nixon, during his interrogations of Saddam, he asked Saddam if he’d ever thought of engaging in a pre-emptive strike with WMDs against United States troops based in Saudi Arabia.

Saddam answered him: “We never thought about using weapons of mass destruction. It was not discussed. Use chemical weapons against the world? Is there anyone with full faculties who would do this? Who would use these weapons when they had not been used against us?”

Apart from the faulty intelligence on WMDs by the CIA, Nixon also said the CIA got Saddam’s health, his personal habits and his involvement in running Iraq wrong.

According to Mr Nixon, Hussein warned him against the nation building the American government was attempting in the country after his capture.  Nixon quoted Saddam as saying: “You are going to fail. You are going to find that it is not so easy to govern Iraq.” Nixon wrote that when he asked Saddam why he believed the United States is going to fail in attempting to rebuild Iraq, Saddam said it was because the Americans did not understand the Iraqi people, their language, their mind-set of the country, the history and even the weather in the country.

Of course, Saddam spoke to Nixon like a soothsayer.  13 years that the United States invaded Iraq, the country has witnessed nothing than death and destruction.  Meanwhile, the architects of violence and chaos in the country still walk as free men.