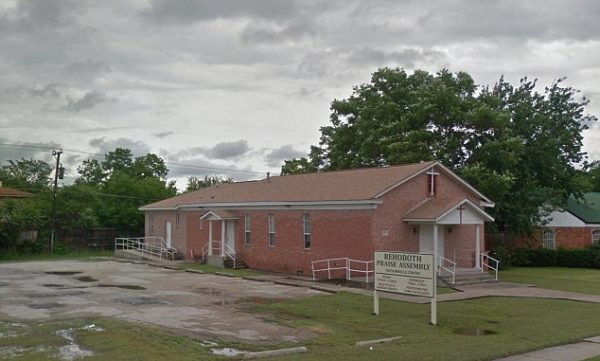 Police in the city of Dallas in the State of Texas, United States, have confirmed the horrific death of a two-year-old boy who was left in a hot car while his parents attended a church service on Sunday, July 24.

The incident happened at Rehoboth Praise Assembly in White Rock. The parents of the boy are said to have arrived in the United States from Burma, South East Asia. They are also said to be very active in the church, attending church service every Sunday. The church itself is said to be dominated by families from Burma.

The toddler was identified as Boi Lei Sang by the parents. At this moment in time, it is unclear why Boi was left in the car to die in this horrific way. The police are trying to understand why the boy was left in the hot car alone. Initially, the police said the boy was three-years-old, however, it was later revealed that he was two-years-old.

The temperature in Dallas has been rising in recent days. On the day of the incident, the National Weather Service had announced that the temperature in the city had reached 100 degrees Fahrenheit (about 38 degrees Celsius). According to the account of the story, the parents, together with their five children, including Boi attended the church service at about 2pm on that fateful Sunday. The family went with their Honda Pilot car.

When they arrived at the church, the children made their way to the Sunday school section while the parents went to the adult section. About 45 minutes later, when the children had finished their service, they joined their parents at the adult section. It was then that the parents realized Boi was not with them. They then started looking for the toddler, raising alarm in the church that their child was missing.

The father reportedly rushed outside, only to return with the body of Boi in an unconscious state. The toddler was taken to Baylor Medical Center, where he was later pronounced dead. Doctors confirmed Boi had suffocated to death.

The police confirmed that they had received a distress call of a child being left in a locked vehicle at the church premises that Sunday afternoon. Police officials said officers responded to the call. According to the police, when the officers arrived at the church, the boy had been rushed to the hospital and confirmed dead. The police then started investigating the incident by questioning members of the congregation. Pictures taken at the scene by reporters showed officers interviewing members of the congregation to establish exactly what happened. The police reportedly spent several hours at the church investigating the incident.

Some members of the congregation asserted that if the boy had been asleep when the parents arrived at the church premises, they could have possibly forgotten about the boy. Others also said they were shocked at the incident, and had no suggestion to give.

One member of the congregation, who identified himself as Om, told the police: “The kids like to read the Bible. I’m really upset for the family.”

This Article (Dallas Toddler Suffocates To Death After Parents Leave Him In A Hot Car For Church Service) is free and open source. You have permission to republish this article under a Creative Commons license with attribution to the author and AnonHQ.com