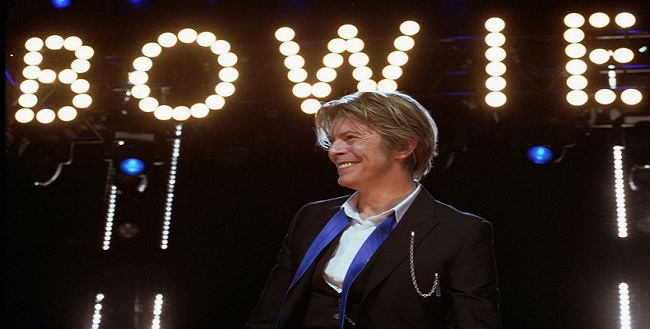 As the world mourns the death of David Bowie, more things are coming to light about his life and accomplishments that highlights the type of person that he truly was. One interesting fact that appeared in the news after his death, was that he turned down a chance to be knighted by the Queen of England.

This was an opportunity that was seized by many British musicians including Sir Paul McCartney, Sir Elton John and Sir Mick Jagger.

Bowie responded to the offer by saying “I seriously don’t know what it’s for.”

“I would never have any intention of accepting anything like that. It’s not what I spent my life working for.”

Rock stars are supposed to be anti-establishment rebels, and the Queen of England is the epitome of the establishment. It seems that Bowie is one of the few successful musicians to come out of England to understand this fact.

The Business Insider published an interesting report last year highlighting some of the strange powers that Queen Elizabeth II has, although the royal family is presented as a purely ceremonial elite with no actual political power.

Among many strange powers, the report revealed that the queen owns “all unmarked swans in open water” as well as all the sturgeons, whales, and dolphins. These ordinances bear a grim similarity to how the Sherif of Nottingham owned all of the deer in Nottingham Forrest in the ancient tale of Robin Hood.

According to an article in Time, although this statute dates back to 1324 it “is still valid today, and sturgeons, porpoises, whales, and dolphins are recognised as ‘fishes royal’: when they are captured within 3 miles (about 5 km) of UK shores or wash ashore, they may be claimed on behalf of the Crown. Generally, when brought into port, a sturgeon is sold in the usual way, and the purchaser, as a gesture of loyalty, requests the honour of its being accepted by Elizabeth.”

Hundreds of years ago, the royalty of Great Britain were hell bent on world domination, like many other European nations at the time. After centuries of violence and conquest the British royalty were able to dominate most of the world through political and military force. It was said that “the sun never set on the British Empire” because there were so many areas throughout the world which the British had colonized that it was always daytime somewhere in an occupied territory of Britain. Even today the Queen of England’s real estate takes up 1/6 of the earth’s surface!

This article (David Bowie Explains Why He Turned Down A Chance To Be Knighted By The Queen) is free and open source. You have permission to republish this article under a Creative Commonslicense with attribution to the author and TrueActivist.com.

John Vibes is an author and researcher who organizes a number of large events including the Free Your Mind Conference. He also has a publishing company where he offers a censorship free platform for both fiction and non-fiction writers. You can contact him and stay connected to his work at his Facebook page. You can purchase his books, or get your own book published at his websitewww.JohnVibes.com.