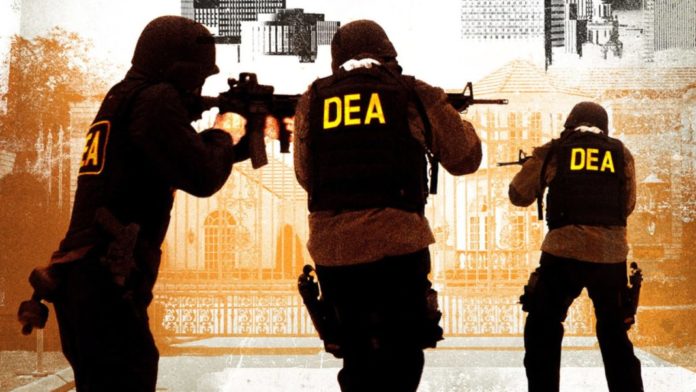 The War on Drugs, carried out by the DEA, continues unabated since its establishment in the 1970s during the Nixon administration era.

For years, countless arrests have occurred, many of them for victimless crimes involving cannabis. Large sentences are dealt, some carrying hefty jail times.

Only this week, Canada unveiled their legislation to fully legalize cannabis, acknowledging the War on Drugs is fruitless. “We know that criminal prohibition has failed,” said former police chief turned MP Bill Blair. “Legalization seeks to regulate and restrict access to cannabis and will make Canada safer.”

But cannabis isn’t the topic for debate. Blair summoned up what is pertinent to the War on Drugs across every nation: that it has failed.

The hypocrisy that is the DEA’s refusal to acknowledge the medicinal benefits of cannabis cannot go unnoted; yet, more importantly,  they have been caught red-handed, admitting tacitly during a House Judiciary Committee Hearing that the DEA sells drugs to people on the streets with the goal of catching “bigger fish.”

The War on Drugs is perpetuated by the Drug Enforcement Agency who insists on locking people up for years at a time, for possession of what is still scheduled as a Class A substance, though now legal in many US states.

In the first week of April, the DEA was questioned over whether they allow shipments of drugs into the community for the sake of making a bigger bust down the track. The Washington Post reported on the transcript between Louisiana Democratic Rep. Cedric L. Richmond asking the DEA’s appointed acting director Chuck Rosenberg on the issue:

“RICHMOND: This committee held many hearings, and was furious about the Fast and Furious program. At least from my knowledge of DEA and other drug agencies, oftentimes part of a bigger sting is letting transactions and other things go through. Now, it’s a very specific question. In DEA’s past, present, future, any times do you let drugs hit communities to get the bigger fish?

ROSENBERG: We’re not supposed to, no, sir.

RICHMOND: Okay. Are you aware of any instances where it may happen?

ROSENBERG: I’ll have to check and get back to you on that.”

Although Rosenberg didn’t outright confirm it, he didn’t deny the allegation either. If he had, he would have perjured himself at the committee hearing.

The Washington Post notes Rosenberg’s unwillingness to be forthcoming unsurprising as there is “considerable evidence that DEA does allow drugs to enter communities in the hopes of bringing down major players in drug dealing and distribution.” Eighteen months ago, the DEA was also criticized by the Department of Justice’s Inspector General for approving illegal activities of sources.

“These inadequate DEA policies and procedures related to OIA greatly increase the risk to the DEA, the U.S. government, and the public from the involvement of DEA confidential sources in OIA,” the audit report stated.

CBS’ 60 Minutes also covered a story about “confidential informants” – or many young college students getting “recruited” by law enforcement to carry out undercover drug buys “in exchange for having their charges reduced or dropped altogether.” Most of the charges stem from cannabis possession of small amounts.

“These kids are being recruited to do the most dangerous type of police work. They’re going undercover, with no background, training, or experience. They haven’t been to the police academy,” Lance Block, an attorney in Tallahassee, Florida told reporters.

Block became aware of the practice when Rachel Hoffman’s family hired him for representation. Hoffman was a college graduate on her second marijuana arrest when she became an informant. She signed on; otherwise facing a four year jail term, Hoffman was killed weeks later in a historic Tallahassee undercover buy involving an ounce and a half of cocaine and a gun.

“She was a pot head,” Block said. She had no experience in weapons or hard drugs.

Hoffman, monitored by 20 officers was forced to drive to a different location when the dealers changed plans. She was alone in her car with $13,000 cash from police to use in the deal. Hoffman was shot five times after the dealers discovered she had a wire on her. Her body was dumped in a ditch, Block said.

It’s a reminder of the DEA’s guilt. Although the agency refuses to release information pertaining to these sorts of deals with youth informants, experts say the DEA engages in the practice, selling drugs on the street.

This article (DEA Just Admitted to Selling Drugs on Streets – Youth ‘Informants’ Forced to Help) is a free and open source. You have permission to republish this article under a Creative Commons license with attribution to the author AnonWatcher and AnonHQ.com.