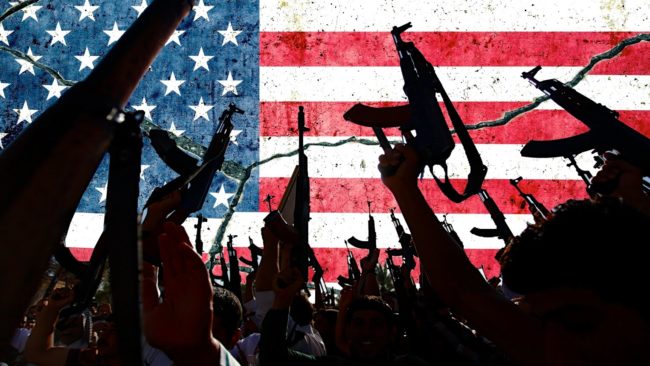 You have to give them credit, the U.S. military is really good at what they do. This memorial day weekend, the announcement came that 5,000 American lives have now been lost since the terrorist attacks of 9/11/2001. Here in America, the news is presented with a sense of somberness, heartbreak and tragedy, but also of honor, valor and purpose.

We are meant to feel sad about this, to demand justice for this; more austerity in our attacks. Here in America, despite growing economic concerns and some civil unrest, we have to admit we do live in a very safe and peaceful country comparatively. Too often, Westerners are sheltered from world news, especially by many of our major news networks. This makes society oblivious or indifferent to the suffering of the world around us.

Many Americans take for granted how good we have it in this country, even if everything may not be not ideal. So, if you are one of the American’s who are upset when you hear that 5,000 Americans have died, please, just think for a moment how our foreign policy has killed over 1 million people over that same time. These are real people, real lives, same as your own.

It is impossible for Americans to imagine living in a war zone, surrounded by chaos, death and violence; yet people all around the world deal with this on a daily basis. For many people, there only crime was being born. I hope these figures gives you a sense of how senseless our foreign policy has been and still remains. All that war accomplishes, is death – nothing that anyone should ever be proud of.

Libya – Since 2011 when Qaddafi was overthrown, 4,600 people have died in Libya: http://www.pbs.org/wgbh/frontline/article/regrets-of-a-revolution-libya-after-qaddafi/

Palestine – 9,370 Palestinians have died since the Bush Era began in 2001: http://www.ifamericansknew.org/stat/deaths.html

Another 21,000 are estimated to have been killed just this year: http://www.iamsyria.org/death-tolls.html

This article (Deaths Toll Since 9/11: U.S., 5,000; Middle East, 1,160,521) is a free and open source. You have permission to republish this article using a creative commons license with attribution to the author and AnonHQ. Join the conversations at www.anonboards.com