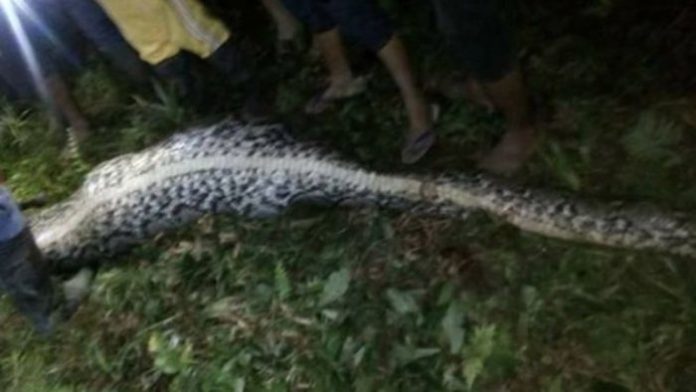 Professor Stephen Hawking once said stupidity and greed would drive humanity to extinction earlier than expected. Our inclination to make money is such that we forget to treat our planet with dignity. We forget that we are part of Mother Earth. If we destroy it, we destroy ourselves.

Currently, humans face grave dangers from global warming, water shortage, wildlife extinction, and nukes among others. Both terrestrial and aquatic species are rapidly declining. In November 2016, a report by the World Wildlife Foundation (WWF) revealed humans have wiped out many animals. The report warned that our planet is on the verge of its first mass extinction since the age of the dinosaurs. According to the report, by the end of the decade, seven out of every ten of the world’s mammals, fish, amphibians, reptiles and birds will have been wiped out by human actions. Indeed, this impending doom is a result of our own actions. We are clearing virgin forests around the world for commercial purposes without thinking about the consequences. Just one of these consequences occurred this month.

A palm oil famer has been swallowed whole by a giant python in the Southeastern Asian country of Indonesia. The sad incident occurred in the village of Salubiro village on Sulawesi Island, about 1,483 km east of the national capital Jakarta.

According to the account of the story, the deceased, a 25-year-old man named Akbar, went missing on March 26. Akbar is said to have informed his neighbors that he was going to harvest palm nuts from his farm. After so many hours without returning, neighbors became alarmed over his absence.

Local residents told the media that they heard cries of pain on the night of his disappearance. The following day, village leaders reported his absence to the police. The police authorized a search party to look for Akbar. On the third day of the search, they came across a 23-foot-long python with a swollen belly, unable to move. Akbar’s friends, who were part of the search team, identified the body through the outline of Akbar’s gumboot’s in the stomach of the snake. They located the snake near Akbar’s family palm plantation where he had gone to harvest.

They quickly killed and opened the belly of the reptile with a knife.  Akbar’s body was completely intact, meaning the snake strangled Akbar to death first. Due to our editorial policy, we are unable to show you the video of the incident here. But if you want to watch the footage, you can find it on this YouTube channel. We advise viewer discretion due to the disturbing nature of the incident.

“They didn’t find him (Akbar), but the villagers saw an unmoving python in the ditch. They grew suspicious that maybe the snake had Akbar. When they cut it open, Akbar was inside the snake,” a police spokesman named Mashura said, confirming the incident. Experts say pythons don’t typically eat humans. A local agriculture lecturer, Rahmansyah from Hasanuddin University in Makassar, revealed habitat loss caused by Indonesia’s lucrative palm nut industry is likely to be the reason the snake went for a human being.

“Because the habitat is destroyed, the snake’s natural food sources are also affected. Thus, the snake went out to the palm oil plantation to seek prey,” Rahmansyah told the Jakarta Post.

Indonesia is the world’s largest producer of palm nuts; used to make palm oil. The palm nut business has resulted in the loss of large amounts of rainforest in the country, and in turn, has affected the wildlife population. The Indonesian government has issue a five-year moratorium on new palm nut plantation permits to avert the crisis. Due to what happened to Akbar, many palm nut harvesters are now afraid to go into their plantations. This article (Deforestation Drives Python to Swallow Indonesian Palm Nut Farmer Whole [Video]) is a free and open source. You have permission to republish this article under a Creative Commons license with attribution to the author and AnonHQ.com.