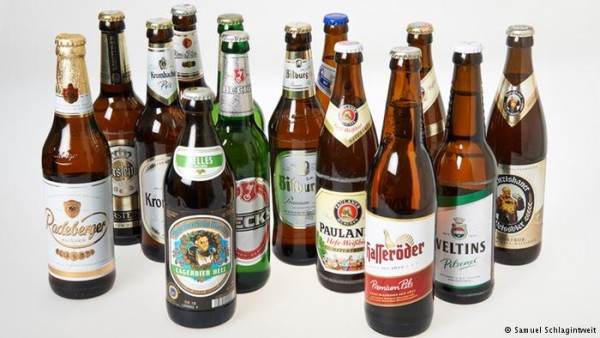 A recent study in Germany has revealed that popular beers in the country contain traces of glyphosate, the world’s most widely used weed killer. The study was conducted by the Munich-based Environmental Institute (MEI). The German International Broadcaster-Deutsche Welle reports that the study casts doubt on Germany’s envious beer purity law.

According to Reuters, Germany is the leading producer of beer in the whole of Europe. The country is home to more than 1,300 breweries which produce about 5,000 different beers.

German food experts say the country’s food safety law known as Reinheitsgebot requires brewers of beer to produce beer using only malt, hops, yeast and water. Reinheitsgebot is said to be celebrating its 500th anniversary this year, and it is said this new study seems to be denting the image of the body. MEI said the highest glyphosate level in one beer studied, was dangerous; urging Reinheitsgebot to take immediate steps to save the situation. The institute recommended that beer be brewed from water, malt and hops. In total, 14 top-brand beers were studied, and traces of glyphosate were present in all of them. Glyphosate is used as a weed killer around the world. It is mostly marketed by the United States agriculture giant, Monsanto, with the brand name Roundup.

The World Health Organization’s (WHO) cancer research committee has included glyphosate in the list of cancer causing agents. Some organizations, including the European Union has tried not to accept the WHO’s findings, but various studies point to the fact that glyphosate is dangerous to the human health.

The study said the highest reading was 300 times the legal limit of glyphosate allowed in drinking water in Germany. MEI said the result of the study was alarming, considering the fact that glyphosate had been ranked as carcinogenic. The institute also accused brewers of not adequately monitoring raw ingredients used in brewing the beers. Since the study was made public, the beer companies have defended their products. The company whose beer was found to contain the highest level of the glyphosate – Anheuser Busch Inbev – said the institute’s findings were “not plausible,” referring to a bill of health issued by the German Federal Institute for Risk Assessment (BFR), that stated the amounts of glyphosate found in beer did not pose a threat to consumers.

Anheuser-Busch Inbev also said it is questioning the scientific integrity of the study due to the small number of samples. It stated categorically that it is rejecting the MEI’s allegation that brewers were not adequately monitoring raw ingredients.  Anheuser-Busch Inbev said that is absurd and completely unfounded.

The Brauer-Bund beer association also added that the institute’s findings were based on a small number of samples, and that the study was not credible. To further make matters worse, the German government seems to be rubbishing the study. Answering questions regarding the disturbing revelation by MEI on ARD television, the German Agriculture Minister, Christian Schmidt said he was not familiar with details in the study. He also referred to the BFR study, which downplays the risk level of the presence of the chemical in any product.

As the government seems to be downplaying the study, some German citizens have expressed worry on social media. They said the study has left them confused, and it is difficult whether to believe in the study,or what the government is saying.

This article (Disturbing: Cancer-Linked Weed Killer Found in Popular German Beers) is a free and open source. You have permission to republish this article under a Creative Commons license with attribution to the author and AnonHQ.com.