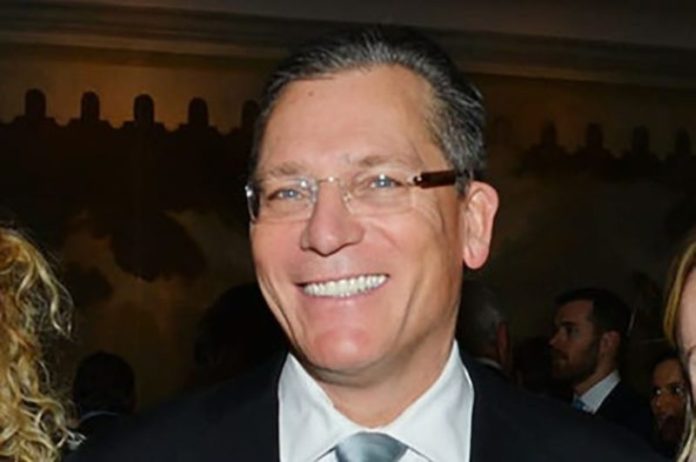 Yet another individual involved with exposing the fraud of the Clinton Foundation, to the surprise of no one, has turned up dead. This time with a knife in the chest, yet for all those well versed on the many oddities and inconsistencies that always seem to follow the mysterious deaths in relation to the Clinton family, even a knife in the chest will not seem to “officially” rule out the proclamation of suicide, or as those privy to the previous cases have taken to calling it, being “suicided.”

In this case, Dr. Dean Lorich, a prominent Manhattan surgeon, was sadly found dead on the bathroom floor of his apartment by his 11-year-old daughter. Dr. Lorich was known for many different aspects of his career, yet one particular aspect seems to stand out; that was his desire to expose the staggering inadequacies in the medical trauma care that was promised to the Haitian people by the Clinton Foundation after it had raised over $30 million dollars in donations following the 2010 earthquake.

While Dr. Lorich was working overseas in Haiti, he had discovered that not only was the medical treatment promised by the Clinton Foundation nowhere near what $30 million dollars should have provided, but that the treatment was almost non-existent.

In January of 2010, Dr. Lorich decided to send an email to a confidant detailing this affront to the Haitian people, which ended up being forwarded to Cheryl Mills, who at the time was Chief of Staff to none other that the Secretary of State Hillary Clinton. The doctor’s correspondence, provided by Wikileaks, was highly critical of how the situation in Haiti was being handled:

“Disaster management on the ground was nonexistent. Cheerios on the tarmac are not getting it done on these patients which clearly would be savable if good care could urgently be provided.”

While this in and of itself is quite damning, considering how the anguish of the Haitian people had been used to garner funds that were clearly not being used appropriately, this email was only a prelude to what came next. Dr. Lorich then publicly decried the horribly inept conditions in Haiti within a CNN piece entitled: “Doctors: Haiti medical situation shameful:”

“Once we arrived, we saw a severely damaged hospital with no running water and only limited electrical power, supplied by a generator. Surgeries were being performed in the equivalent of a large storage closet, where amputations were performed with hacksaws. This facility could not nearly accommodate our equipment nor our expertise to treat the volume of injuries we saw.”

Likely in a combination of disgust, frustration and determination, Dr. Lorich decided set up at the Community Hospital of Haiti that was miles away from his current location. Yet what they found upon arrival is not for the faint of heart.

We found scores of patients with pus dripping out of open extremity fractures and crush injuries. Some wounds were already ridden with maggots.

About a third of these victims were children. The entire hospital smelled of infected, rotting limbs and death. Later on, we would judge our surgical progress by the diminishment of the stench.

In our naïveté, we didn’t expect that the two anesthesia machines would not work; that there would be only one cautery available in the entire hospital to stop bleeding; that an operating room sterilizer fit only instruments the size of a cigar box; that there would be no sterile saline, no functioning fluoroscopy machine, no blood for transfusions, no ability to do lab work; and the only local staff was a ragtag group of voluntary health providers who, like us, had made it there on their own.

As they left this horrific situation, that can only be described as a willful disregard of human rights by the Clinton Foundation, and the outright deception of a struggling people, what they saw simply added insult to injury. Dr. Lorich wrote:

“Upon our departure, we witnessed pallets of Cheerios and dry goods sitting on the tarmac helping nobody. Yet our flight of critical medical equipment and personnel had been canceled, and the equipment that did get through was hijacked.”

While some may scoff at the possibility that the Clintons could somehow be involved with the many mysterious deaths of their critics, that have seemed to pile up over the years, at some point the sheer volume of incidents in relation to those trying to expose the crimes of the Clinton Foundation and the Clintons themselves, aligned with the odds of it continuing to happen, can no longer be overlooked.