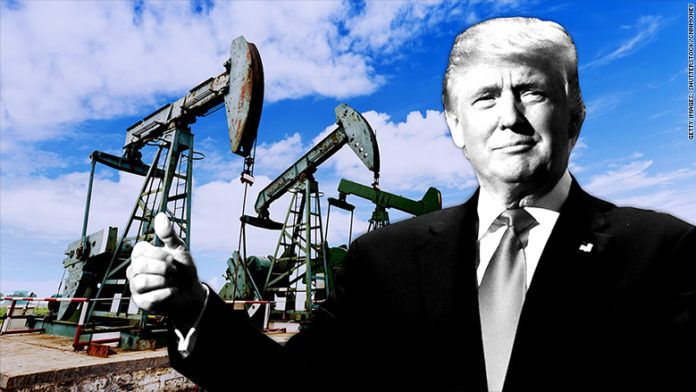 It’s official. Donald Trump is the next president of the United States, and those who haven’t resigned themselves to a well-nurtured case of alcoholism, are now looking for someone to blame. The first natural reaction, being the descendants of primates that we are, is to either blame the “libtards” or the “conservatards” because it’s a quick, lazy argument that requires no effort or thought. It’s also a distraction from the real problems that landed us in our current predicament, which have more to do with technology and industry than political dispositions. Michio Kaku explains:

What was the Driving Force that Propelled Trump from a Celebrity, to a Presidential-Elect?

As Dr. Kaku points out, some people say it was racism, some say it was the revenge of the white working-class, others say it was a revolt against identity-politics and the politically-correct (PC) culture. While Dr. Kaku states that all of these factors most likely had a contributing role, he believes the rise of Trump, as well as the Brexit movement, are in actuality, related to revolutionary changes in science and technology, which is the ultimate source of wealth in society.

Understanding the Source of Wealth in Modern Society

Science does not progress in a straight line, but rather in waves – one invention can spur the creation of multiple technologies, and according to Dr. Kaku, this is an important fact to know. Before our current era, the standard of life throughout history was horrible for mankind. People were sick a lot, you didn’t live long, and life in general was dark and miserable.

However, with the coming of the Industrial Revolution – from which the “working-class” was born – things began to change rapidly due to inventions such as the steam-powered engine and locomotives. This generated wealth unlike anyone had ever seen before, but it came with repercussions. Dr. Kaku explains how it produced an unsustainable “bubble” (in the form of railroad stocks) within the economy that popped in 1850, “creating the first great crisis of capitalism” that was so severe, “Marxism” came about as a form of backlash.

The Rise of the Working Class, the Second Revolution in Science and Technology, and Industrial Unionism

With the coming of the Industrial Revolution came the rise of the working-class; citizens no longer had to be peasants earning meager wages under aristocrats. They now had the choice to work in factories, railroads and mines, earning wages that were slightly more livable.

The second revolution in science and technology, or specifically the coming of electricity, magnetism, and the internal combustible engine, again brought in tremendous wealth that was allocated to the few, creating another unsustainable bubble – this time bigger than the last. It focused on stocks in two areas: utility companies (due to the fact we now had electricity), and the automotive industry.

Enter the stock market crash of 1929, the rise of industrial unionism, and The Roosevelt Coalition.

Also known as “The New Deal,” the Roosevelt Coalition transformed the “Democratic Party into a coalition of farmers, industrial workers, the reform-minded urban middle-class, liberal intellectuals, northern African-Americans, and, somewhat incongruously, the white supremacist South, united by the belief that the federal government must provide Americans with protection against the dislocations caused by modern capitalism,” (Foner, 2014, p. 809). The New Deal mind-frame dominated American politics until just recently.

The Third Wave of Science and Technology

Initiated by physicists, the transistor and the laser were created, triggering both good and bad changes in society. Knowledge and technology spread rapidly via the Internet, and democratic movements took place across the globe, as people in various oppressed nations realized that not all countries are run by dictators.

Unfortunately, this new wave of technology is making the older industrial era obsolete – machines and computers can now do much of the work factory workers used to do. In the grand scheme of things, this is good (anyone who’s ever done research into The Venus Project would understand); advancement and the utilization of advanced technology is a good thing, it’s simply happening at a speed that society is unable to keep up with, and progress is further hindered by corporations who are desperate to keep the lucrative fossil-fuel industries running.

And of course, with the third technology wave came another bubble in 2008, this time caused by real estate speculation.

While about one-third of society did well in the technology boom, the other two-thirds saw their wages stagnate or fall, and it was the latter-mentioned who were, in part, the driving force behind Trump’s election. Another factor Dr. Kaku states needs to be taken into consideration, is that only one-third of the U.S. population has been able to attend college — so you begin to see a collation between wealth, globalization, and a college education; those with technological skills have learned how to earn money with the help of globalization (not restricted to localized earnings).

“Commodity capital is gradually being replaced by intellectual capital.”

Dr. Kaku states that we are at the beginning of a forth wave of technology (and therefore, a new creation of wealth) in the form of artificial intelligence, nanotechnology, and biotechnology. The problem is, we’re still providing our children with a 1950s education aimed at producing industrial workers, and our higher-educational system has been corporatized along with nearly everything else into a for-profit business the average citizen can’t afford.

American high school students have scored dead-last in almost every international competition in science and mathematics over the last 20-years. And although the United States is known for producing high-tech geniuses, this is because we import intellectual workers through H1B visas, allowing top scientists from around the world to enter the country.

Donald Trump has appealed to the dying, industrial generations through his promises to bring back jobs by reinvigorating factory positions, with an emphasis on the fossil-fuel industry. This was a broken promise; despite Trump and his corporate colleagues’ efforts to keep the industrial era going, they cannot prevent new technologies from making old technologies obsolete, and this is what many citizens who support projects such as the DAPL do not understand – the Dakota Access pipeline is a death rattle of the oil industry.

Education is where we should be focusing time and effort; but rather than making proper education available to the public so that everyone can successfully transition into the age of technology, it is hindered by the corporatocracy, and therefore by default, the government, who are trying to keep us in a technological dark-age for the sake of profits.

This article (Economic Destitution and the Rise of Trump: Michio Kaku Explains How Technology Left Most  of Us Behind) is a free and open source. You have permission to republish this article under a Creative Commons license with attribution to the author and AnonHQ.com.