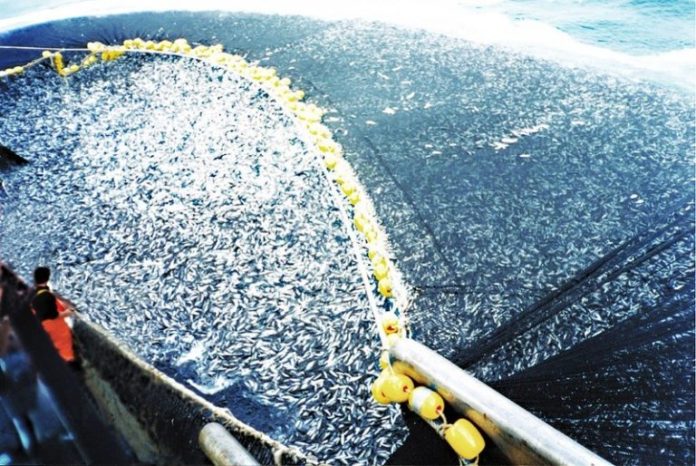 The World Wildlife Fund recently warned that fish populations are declining rapidly around the world and could collapse completely by the year 2048.

Over the course of year, Americans consume, on average, about 7 million tons of seafood. Seafood has become increasingly popular globally and has ballooned into a massive $370 billion industry. Though the profits gained from seafood are on the rise, the increased demand is pushing the world’s fisheries to the brink. Now, the global fishing fleet is between 2 and 3 times larger than what fish populations can sustainably handle, a problem that the World Wildlife Fund (WWF) warns could lead to the extinction of all fish within the next 30 years.

The WWF singled out overfishing as the chief cause for the marked decline in fisheries globally. Indeed, 53% of all of the world’s fisheries are fully exploited while 32% are over-exploited or already depleted. In addition, the top ten marine fisheries are fully or over-exploited. Many dangerous practices are common in developing countries are also contributing to the collapse of fish populations. For example, cyanide fishing, where fishermen squirt sodium cyanide (neurotoxin) into the water to stun fish, kills off the coral and algae that many fish and other marine animals depend on as a food source. It is estimated that for every live fish caught using this method, an entire square meter of coral reef is destroyed. Billions of other marine animals – namely unwanted fish and “non-target” animals such as dolphins and turtles – are killed every year due to inefficient, illegal, and destructive fishing practices.

A 2006 study published in the journal Science and cited by WWF estimated that, if these trends continue, global fish populations could collapse entirely by the year 2048. Researchers at the time found that decreasing biodiversity due to human-driven causes was reducing population recovery potential, ecosystem stability, and water quality. They found that the extreme loss of marine biodiversity was affecting the ocean’s ability to provide food, though they said – at the time – that these trends are still reversible. Hopefully, they still are. 337 dead whales were found on the coast of Southern Chile. This massive die-off was not the result of over-fishing but human-caused pollution of marine environments | Credit – quasarex.com

However, this study, written a decade ago, did not take into account massive oceanic disasters, such as Fukushima (2011) and the BP Deepwater Horizon spill (2010), nor the insane amount of pollution that corporations, militaries, and governments continue to dump into marine environments. In addition, massive amounts of trash have found their way into the oceans, enough to form a massive floating garbage patch the size of Texas in the Pacific Ocean. For years, unexplained mass deaths of marine animals have taken place, their carcasses washing up on beaches around the world. These die-offs, though they have no “official” explanation, obviously prove that something is very, very wrong in the world’s oceans and it’s not just over-fishing. Though the WWF is right that over-fishing and harmful fishing practices are a big part of the problem, the damage being done to the oceans and marine life is so enormous that it is beyond the scope of this article. If Americans really enjoy their seafood as much as their buying habits suggest, they would do well to cut back significantly before all aquatic life becomes a thing of the past.

Written By Whitney Webb
This article (WWF Warns All Fish May Go Extinct Within Next 30 Years) is free and open source. You have permission to republish this article under a Creative Commons license with attribution to the author and TrueActivist.com