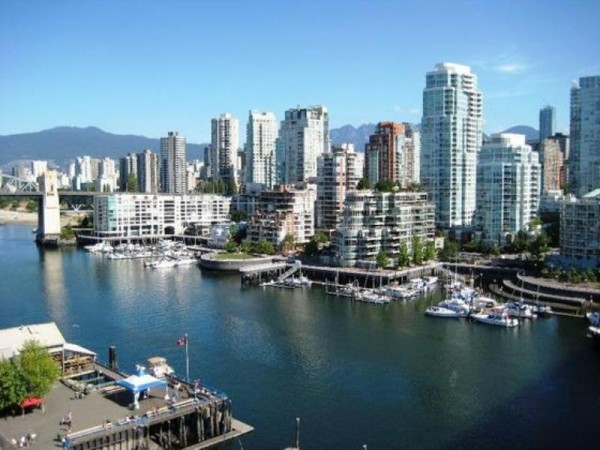 In March of this year, we reported that it has been predicted that more than 2.9 billion people will be without water over the next 10 years. This was according to the latest United Nations report on water which stated that people in some 48 countries across the world will be facing an acute water shortage.

But according to Marc Herman, the author of “Searching for El Dorado” and “The Shores of Tripoli,” the water situation will hit eight major cities more than others. Herman has studied the World Water Development Report by the UN very closely; listing how the eight major cities of the world are running out of water and how they are trying to conserve it, he placed the Japanese capital of Tokyo in the number one position: 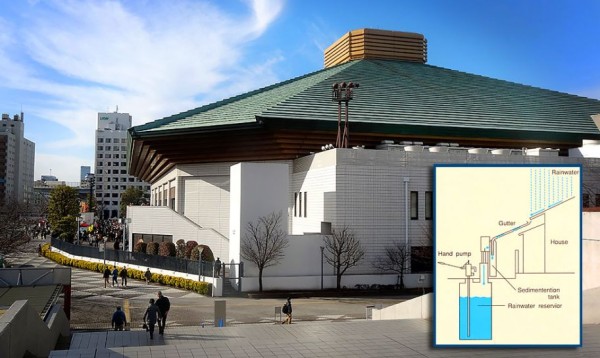 According to Herman, Tokyo enjoys an average precipitation similar to that of Seattle or London. But all that rainfall is condensed into just four months out of the year, and therefore capturing and storing so much water in such a short period, in such a densely populated city is a big challenge. He said 70 percent of Tokyo’s 16,000-mile-long plumbing system depends on surface water (rivers, lakes, and distant snow pack) and 30 percent comes from underground aquifers and wells. From this, there are not enough alternative sources to water during new cyclical droughts. But according to him, the Japanese government has so far proved forward-thinking, developing one of the world’s most aggressive programs for capturing rainwater. In Sumida, a Tokyo district that often faces water shortages, the 90,000-square-foot roof of Ryogoku Kokugikan arena is designed to channel rainfall to a tank, where it’s pumped inside the stadium for non-potable uses. 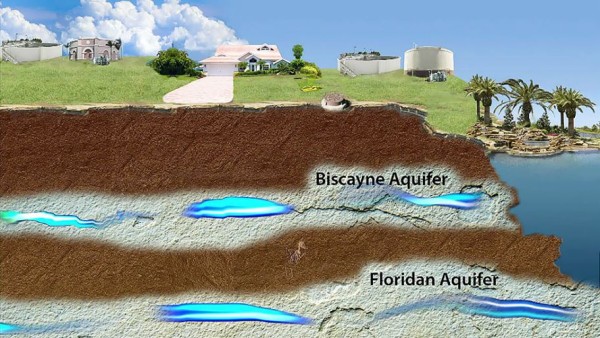 The next city on Herman’s radar is Miami, Florida, in the US. Quoting from the US Geological Survey (USGS) report, the essential Biscayne Aquifer, which provides water to the Miami–Dade County area, is falling victim to saltwater intrusion from the Atlantic Ocean. Despite the heavy rains replenishing the aquifer year-round, if enough saltwater enters, all of it will become unusable. The report said the problem arose in the early 20th century, after swamps surrounding the city were drained. Osmosis essentially created a giant sucking effect, drawing the Atlantic into the coastal soils. Seawater is now bypassing the control structures that were installed and leaking into the aquifer. The USGS has made progress mapping the sea water intrusion, but ameliorating it seems a ways off. “As sea level continues to rise and the demand for freshwater increases, the measures required to prevent this intrusion may become more difficult [to implement],” Herman quoted the USGS as saying. 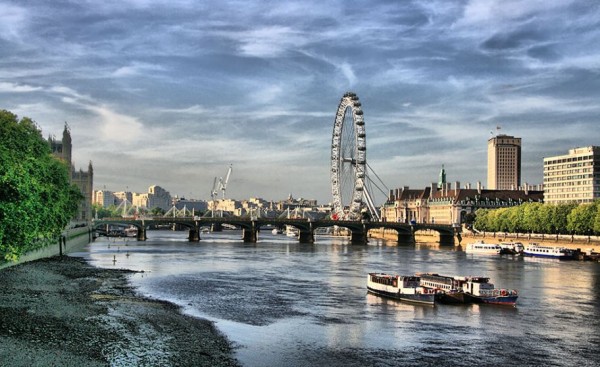 In Herman’s opinion, London faces a rapidly growing population wringing every last drop out of centuries-old plumbing. He said water managers of the city have said they can meet the city’s needs for the next decade but must find new sources by 2025. By the UN’s measure, London’s utility, Thames River, looked into recycled water. Water recycling is problematic, even aside from the ‘yuck factor’ of drinking purified sewage, and Herman said, “the Yuck Factor could be an impediment to the water solution spreading to London and elsewhere.” 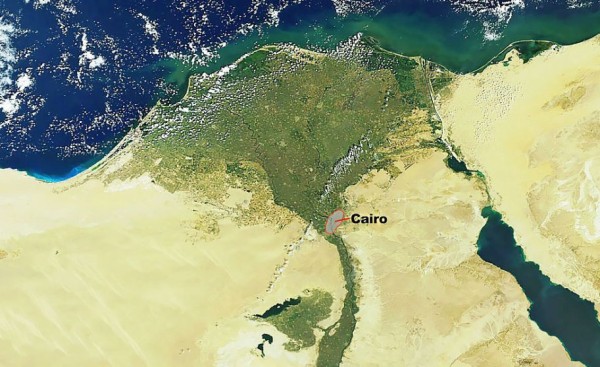 In the Egyptian capital of Cairo, the city depends heavily on the Nile River for water and according to Herman, Cairo finds itself downstream from at least 50 poorly regulated factories, agricultural waste, and municipal sewage systems that drain into the Nile. He said a UNICEF–World Health Organization study released earlier this year found that rural areas to the city’s south, where more than half of Egyptians live, depend on the river not just for irrigation and drinking water but also for waste disposal. The river’s enormous size has historically been sufficient to dilute the waste to safe levels but as the load increases with 20 million people now discharging their wastes to the Nile, this will no longer be possible. The African Development Bank recently funded programs to chlorinate waste water before it’s dumped in the river. 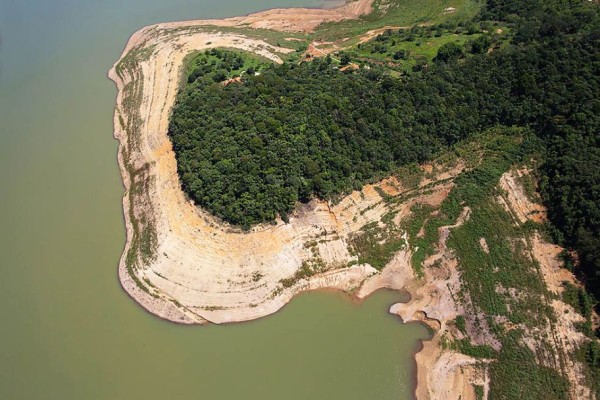 In the city of São Paolo, in Brazil, the Cantareira reservoir is said to be one of the main water reservoirs for the city. However, the water level of Cantareira has recently fallen to six percent of total capacity and Herman wrote that, “With the worst drought in a century now in its second year, São Paolo’s reservoirs are at barely a quarter of capacity, down from 40 percent a year ago. Reservoirs outside the city are often polluted and are too small even at capacity to supply the metropolitan area of 20 million. Asphalt covering the city and poor drainage lead to heavy floods on city streets after as little as a quarter-inch of rain.” 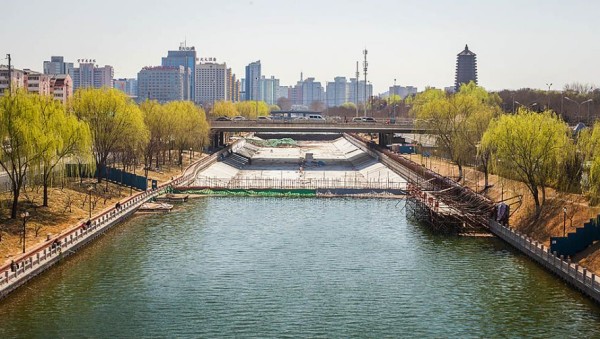 In the Chinese capital of Beijing, it is said that the city’s second largest reservoir was shut down in 1997 because of pollution from factories and agriculture and has since not been reopened. With 21 percent of the world’s population, China has only 6 percent of its freshwater. The Miyun reservoir which currently serves Beijing has seen its reserves reduced by nearly two-thirds because of increasing irrigation demands by farmers. It has also become polluted by agricultural runoff. 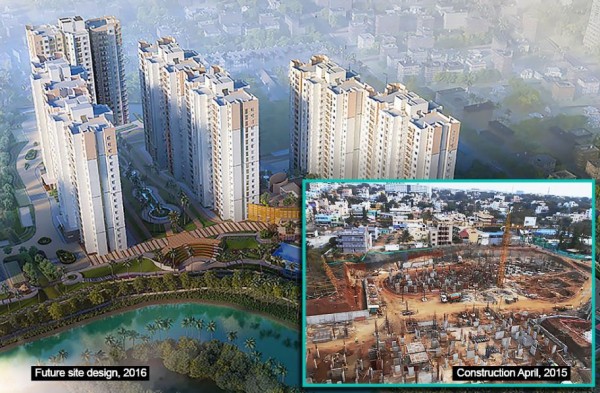 In India’s Bangalore, it is said that new housing is going up faster, meaning more water will be needed, but the water system is decaying. It is said the southern part of the city is losing more than half of its drinking water to waste through antiquated plumbing systems. It is also said that plans to repair the existing system and recover the missing half of the city’s freshwater is yet to be implemented. According to a study by the global consulting firm, McKinsey, India’s urban population will grow from 340 million to 590 million by 2030 and to meet the clean water needs of all the new city dwellers, the government will have to spend $196 billion. 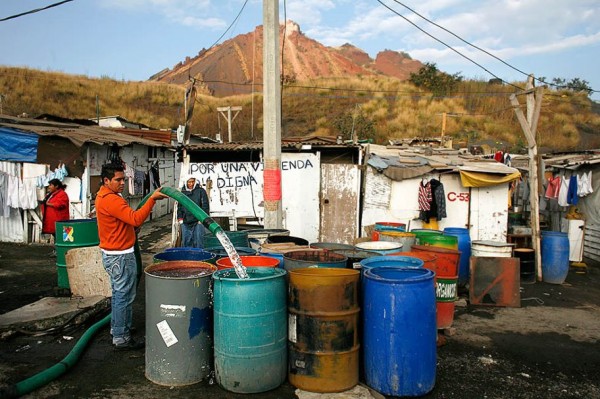 In Mexico City, authorities have said the city loses 260 gallons of water to leaky pipes. At more than 7,000 feet above sea level, Mexico City gets nearly all its drinking water by pumping it laboriously uphill from aquifers as far as 150 miles away. The engineering challenge of hauling that much water into the sky adds to the difficulty of supplying more than 20 million residents through an aging system. Herman quoted Mexico’s Water Commission as saying that between 30 and 40 percent of the city’s potable water is lost to leaks and spills.

This Article (The Eight Major Cities That Are Running Out Of Water Faster Than You Can Imagine [IMAGES]) is free and open source. You have permission to republish this article under a Creative Commons license with attribution to the author and AnonHQ.com.