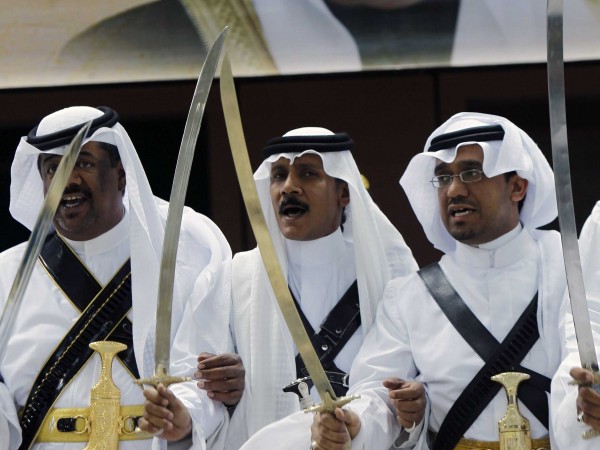 The Kingdom of Saudi Arabia is preparing to behead some 50 people, mostly convicted of terror related cases in just a single day across the country.

The revelation was done by human rights groups who have been following human rights issues keenly in the ultra-conservative Kingdom where freedom of association, speech, religion, and among others are highly restricted by the ruling dynasty, the House of Saud.

According to Amnesty International, some of those to be put to death are supposedly al-Qaeda affiliates or charged with attempting to overthrow the Saudi government, and create a revolutionary State like its regional rival, Iran.

A local media, Okaz reports that the alleged al-Qaeda militants were accused of attempting to overthrow the government and carry out attacks using small arms, explosives and surface-to-air missiles.  It was also mentioned that some people from a village called Awamiya, located in the oil-rich Al-Qatif region in the Eastern Province of the country are also among those on death roll. The Awamiya residents are said to have been convicted of sedition, attacks on security personnel and interference in neighboring Bahrain. According to the BBC, since 2011, Awamiya has been the centre of protests by Saudi Arabia’s Shia minority, which has long complained of marginalization at the hands of the Sunni-controlled monarchy.

The Presse TV also reports that five Shia Muslim activists are among those to be beheaded, three of whom are children. Their families have made a formal appeal for clemency to Saudi Arabia’s King Salman.

Among the juveniles is Ali Mohammed Baqir al-Nimr, the nephew of prominent Shia cleric Ayatollah Nimr Baqir al-Nimr, who was arrested at the age of 17 in 2012. We recently published his story, describing how he was arrested by the Saudi authorities for using his blackberry phone to incite an uprising against the Kingdom. The other two juveniles were identified as Abdullah al-Zaher and Hussein al-Marhoon. The United Nations and the European Parliament have all asked Saudi Arabia to halt the execution of the juveniles as international law prohibits the execution of people under the age of 18 years. But this appeal has fallen on rocks as the country is preparing to execute them.

Also sentenced to death recently is Ashraf Fayadh, a Palestinian refugee poet who resides in the Kingdom. He was sentenced to death for being an atheist, and renouncing Islam. According to the Guardian, the Kingdom’s religious police first detained Fayadh in August 2013, after receiving a complaint that he was cursing Allah and the prophet Muhammad, insulting Saudi Arabia and distributing a book of his poems that promoted atheism. Fayadh has denied any wrong doing, insisting that he was never given a fair trial. Although he has been given 30 days to appeal against the sentence, activists say there is little hope for him to win the appeal. Many of these trials and sentences are said to be deeply politically motivated by the ethno-religious sentiments between the Shia and the Sunni battle for supremacy in the region.

According to close anonymous source in the Kingdom, it was planned that the 50 people will be beheaded after Friday prayers on November 27, but it is unclear why the authorities failed to carry it out.

Nevertheless, the beheadings are believed to be around the corner. Many have predicted that it could happen on December 4 or 11, which is either this week or next week.

Amnesty International’s Deputy Director in charge of the Middle East and North Africa, James Lynch said the beheadings are complete affront to the fundamental human rights of those involved, and that if it is carried out, it will further dent the image of the Kingdom around the world. “Beheading or otherwise executing dozens of people in a single day would mark a dizzying descent to yet another outrageous low for Saudi Arabia, whose authorities have continued to show stone-faced cynicism and even open defiance when authorities and ordinary people around the world question their sordid record on the use of the death penalty”, he said.

Lynch also revealed that Saudi Arabia is using fear to create an unfair platform in order to execute people it deemed threat to its political power. He was quoted as saying “It is clear that the Saudi Arabian authorities are using the guise of counter-terrorism to settle political scores”.

At least, 151 people have been put to death in Saudi Arabia so far this year. It is the highest recorded figure in the country since 1995. In 2014, the total number of executions carried out was reported to be around 90.

In September 2014, the United Nations (UN) elected Saudi Arabia’s ambassador to the UN, Faisal Trad as the new Chairman for the UN Human Rights Council Panel. “It is scandalous that the UN chose a country that has beheaded more people this year than ISIS to be head of a key human rights panel. Petro-dollars and politics have trumped human rights. Saudi Arabia has arguably the worst record in the world when it comes to religious freedom and women’s rights, and continues to imprison the innocent blogger Raif Badawi”, the organization said.

However, Saudi Arabia still maintains that death sentences are carried out in line with Sharia and with the strictest fair trial standards and safeguards in place.

This Article ( Imminent Bloodbath In Saudi Arabia: Kingdom Sets To Behead 50 People In Just One Day) is free and open source. You have permission to republish this article under a Creative Commons license with attribution to the author and AnonHQ.com