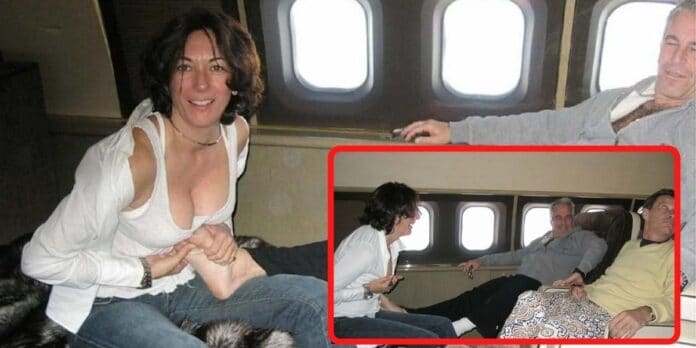 A modeling agent who was close to disgraced U.S. financier Jeffrey Epstein was found dead Saturday in his French jail cell, where he was being held in an investigation into the rape of minors and trafficking of minors for sexual exploitation, according to the Paris prosecutor’s office.

Jean-Luc Brunel, a modeling agent associated with disgraced financier Jeffrey Epstein, was found dead in his cell on Saturday, according to the Paris prosecutor’s office.

The 76-year-old was facing sexual harassment and rape charges and had been in pretrial detention for more than a year. Brunel was discovered hanged in his cell in the La Sante prison in Paris. An investigation has been opened into the cause of death.

Prosecutors said Brunel was suspected of having raped, assaulted and harassed several minor and adult victims and having organized transport and hosting of young women for Epstein.

Virginia Roberts Giuffre, who was a key plaintiff against Epstein, accused Brunel of using her as a “sex slave” and said she had been forced to have sex with well-known politicians and businessmen, including Brunel.

Giuffre referred to Brunel’s death as a “suicide” in a post on Twitter and expressed disappointment that he would not see his day in court.

“The suicide of Jean-Luc Brunel, who abused me and countless girls and young women, ends another chapter. I’m disappointed that I wasn’t able to face him in a final trial to hold him accountable, but gratified that I was able to testify in person last year to keep him in prison,” Giuffre’s tweet read.

The suicide of Jean-Luc Brunel, who abused me and countless girls and young women, ends another chapter. I’m disappointed that I wasn’t able to face him in a final trial to hold him accountable, but gratified that I was able to testify in person last year to keep him in prison.

Prince Andrew was among those accused of sexually assaulting Giuffre when she was underage and on Tuesday reached a settlement agreement.

According to a statement, Prince Andrew acknowledged that Epstein trafficked “countless young girls” over many years and said the prince “regrets his association with Epstein, and commends the bravery of Ms. Giuffre and other survivors in standing up for themselves and others.”

Long before the Epstein scandal broke, Brunel was also accused of rape by several models in a 1988 documentary by CBS.

Epstein was arrested in New Jersey on sex trafficking charges in July 2019. The 66-year-old was found dead in his jail cell two weeks later, with medical examiners claiming the death was a suicide.

Epstein was connected to numerous famous people, most notably former US Presidents Bill Clinton and Donald Trump and the UK’s Prince Andrew.

Epstein died by suicide more than two years ago while in jail awaiting trial on sex trafficking charges.

Disgraced British socialite, Ghislaine Maxwell, who was also an associate and one-time girlfriend of Epstein, was convicted on five counts of sex trafficking by a New York court in December. She has formally requested a retrial.