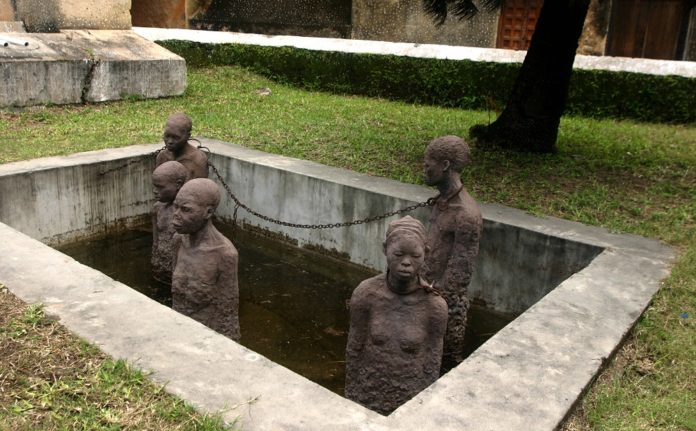 European colonialists destroyed historical buildings and monuments in their quest to bring the African people under their control by force (war). In fact the biggest part of Africa history is still under the ground due to the destruction.

These destruction mainly occurred in sub-Sahara Africa excluding North Africa. Early Europeans explorers seemed not had no interest in North Africa as compare to the rest of the continent due to the Arabic and the influence of Islam already.

We shall divide sub-Sahara Africa into three parts-West, East and South. We shall concentrate on West Africa today. Before the arrival of Europeans in West Africa, West Africa had beautiful cities and monuments but Europeans destroyed most of them. We are only left with drawings and descriptions by travelers who have visited the places before the destruction. In some places, ruins are still visible. Many cities have been abandoned into ruin when Europeans brought exotic diseases (smallpox and influenza) which started spreading and killing people. The ruins of those cities are still hidden.

The collection of facts regarding the state of African cities before their destruction is done by Robin Walker, a distinguished panafricanist and historian who has written the book ‘When We Ruled’.

At the end of the 13th century, when the first European traveler encountered the Great Benin City in West Africa (present Nigeria), he wrote: “The town seems to be very great. When you enter into it, you go into a great broad street, not paved, which seems to be seven or eight times broader than the Warmoes Street in Amsterdam. The Kings palace is a collection of buildings. There are numerous apartments for the Prince`s ministers and fine galleries, most of which are as big as those on the Exchange at Amsterdam. The town is composed of thirty main streets, very straight and 120 feet wide. The houses are, arranged in good order. These people are in no way inferior to the Dutch as regards cleanliness; they wash and scrub their houses so well that they are polished and shining likes a looking glass.” But sadly, in 1897, Benin City was destroyed by the British forces under Admiral Harry Rawson. The city was looted, blown up and burnt to the ground.

Coast (present day Ghana), was the powerful Asante Kingdom. Its capital city-Kumasi housed the kingdom’s palace known as the ‘Manhyia Palace’. It was a complex drawn in sketch similar to a Norman castle but more elegant in its architecture.

The city itself consisted of many courtyards, each surrounded with alcoves and verandas, and having two gates or doors, so that each yard was a thoroughfare. A tree always stood in the courtyard which was the central point of a family compound.

The Tree of Life was the altar for family offerings to God. There were upstairs toilets. Promenades and public squares, cosmopolitan lives, exquisite architecture and everywhere spotless and ordered. Wealth of architecture, history, prosperity and extremely modern living were found in the city. All these were documented in the 1800s in drawings and photographs. The mysterious Golden Stool which was believed to have been given to the Asante people from the sky by their gods served as sacred tool for the people.

But at the end of the 19th century, British forces conquered the city. It was blown up and destroyed by fire. Items in the palace including the Golden Stool were looted and the King and Queen sent to exile in Seychelles Island. That was the end of the Asante Kingdom. The city of Timbuktu (present day Mali) in the 14th century was five times bigger than the city of London. It was the richest city in the world. The richest man ever in the history of Humanity-Mansa Musa was the emperor of the 14th century Mali Empire. The empire covered modern day Mali, Senegal, Gambia, and Guinea. At the time of his death in 1331, Mansa Musa was worth the equivalent of 400 billion dollars. At that time Mali Empire was producing more than half the world’s supply of salt and gold. When Mansa Musa went on a pilgrimage to Mecca in 1324, he carried so much gold, and spent them so lavishly that the price of gold fell for ten years. 60,000 people accompanied him. He founded the library of Timbuktu, and the famous manuscripts of Timbuktu which cover all areas of world knowledge. National Geographic recently described Timbuktu as the Paris of the medieval world, on account of its intellectual culture. According to Professor Henry Louis Gates, 25,000 university students studied there. When these events were happening in Africa, Europe as a continent was plunged into the Dark Age. It was ravaged by plague and famine, its people killing one another for religious and ethnic reasons.

When Europeans conquered the area, many things were taken away. Today, Timbuktu is 236 times smaller than London. It has nothing of a modern city. Its population is two times less than 5 centuries ago, impoverished with beggars and dirty street sellers. The town itself is incapable of conserving its past ruined monuments and archives.

All these events happened in West Africa before it was colonized by Europeans. In our next edition, we shall look at what was in East Africa before the first white man arrived in the area.