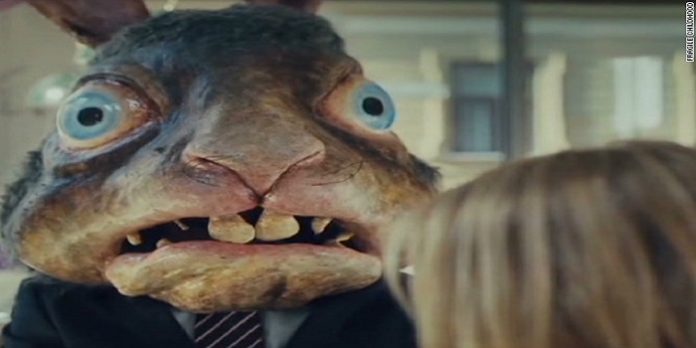 Headerimage: Taken from an ad in Finland uses powerful images to show how children view their parents when they drink too much.

Generally, drug harms will fall into two broad categories: those that affect the user, and those that affect others. The user ones include death, health problems (including mental health), accidents, addiction, relationship breakdown and legal trouble. Harms to other people include violence, financial problems, crime and environmental damage, both at home and where the drugs are produced. According to the United States Drug Enforcement Agency (DEA), marijuana has a high abuse potential. The DEA, therefore believes that marijuana should remain at schedule 1 of the Control Substance Act. What is shocking, however, is that the DEA is parading around with these remarks about marijuana, without backing them with factual evidence.

It is against this backdrop that many states in the United States are defying the DEA, to have their marijuana laws introduced or maintained, in order to make good use of the plant. Recently, we published an article telling you how the alcohol industry in the United States is nervous about states’ initiatives to legalize marijuana. Top officials of the alcohol industry are working behind the scenes to derail the efforts of states who want to legalize marijuana. These officials know that if marijuana is legalized, it will compete aggressively with their products. They will then lose money, and the whole conspiracy between the government and the industry will be broken.

We all know alcohol is very dangerous to the health of the user and those around the user. But why is it legal? The answer is simple: It is a grand scheme between the alcohol industry and our governments to cause more troubles to the health of the population, so that people can continue to spend their scarce resources on avoidable diseases.  With facts and figures, the author Marco Torres has done a good job by chronicling five major damning reasons of why alcohol is legal.

1. Alcohol’s health related costs are higher: According to an assessment recently published in the British Columbia Mental Health and Addictions Journal, health-related costs for alcohol consumers are eight times higher than those of marijuana consumers. More specifically, the annual cost of alcohol consumption is $165 per user, compared to just $20 per user for marijuana. This is not surprising at all. Many researchers have proved before that alcohol poses far more significant health problems than any other drug, and even most drugs combined. Alcohol results in more medication, therapy and medical expenses – which the health system profits handsomely from. 2. Death is a great business: The official publication of the Scientific Research Society, American Scientist, reported that alcohol is one of the most toxic drugs available, and that using it just 10 times – what one would use to get the desired effect – could lead to death. Also, the American Centre for Disease Control and Prevention (CDC) has stated in the past, that hundreds of alcohol overdose deaths occur in the United States each year. What does this mean? The answer is simple: It leads to increased revenues and funding for the CDC and others, at the expense of human lives.

3. Cancer clinics are making a killing: It is a proven fact that alcohol use is associated with a wide variety of cancers, including cancers of the esophagus, stomach, colon, lungs, pancreas, liver and prostate. Researchers from the Boston University School of Medicine and Boston University School of Public Health, have shown that alcohol is a major contributor to cancer, and that drinking even small amounts of alcohol, as little as one drink, can increase the risk of developing cancer. Alcohol, regardless of its type (beer, wine, liquor, etc) is a class A1 carcinogen, which is confirmed human carcinogens. Alcohol consumption, for some time now, has also been causally associated with breast cancer. Increasing evidence indicates a stronger association with neoplasms, though the risk is elevated for other types of breast cancers, too. 4. Alcohol’s addictive nature fuels other addictive behaviors, which fuel the economy: Alcohol use can result in significant and potentially fatal physical withdrawal. According to health experts, alcohol’s withdrawal syndrome is so severe that it can cause death, especially among heavy and regular drinkers. Also, alcohol is proven to exacerbate other addictive tendencies such as gambling, smoking, overeating, other drug use, and many other physical and psychological dependencies, which in turn, drive economies where alcohol is legal. For example, a study published in the journal Alcoholism: Clinical & Experimental Research found that 36% of hospitalized assaults, and 21% of all injuries are attributable to alcohol use by the injured person. This of course, increases overall revenue of hospitals, clinics and many different health professionals, including Big Pharma. 5. Alcohol creates abusers and puts more people in prison: Alcohol is a major contributing factor in the prevalence of domestic violence and sexual assault, especially against women. This is not to say that alcohol causes these problems; rather, its use makes it more likely that an individual prone to such behavior will act on it. For example, a study conducted by the Research Institute on Addictions revealed that among individuals who were chronic partner abusers, the use of alcohol was associated with significant increases in the daily likelihood of male-to-female physical aggression. Specifically, the odds of abuse were eight times higher on days when men were drinking; the odds of severe abuse were 11 times higher. Even the Rape, Abuse and Incest National Network has admitted that alcohol is the most commonly used drug in crimes of sexual assault, and that it also provides information on an array of other drugs that have been linked to sexual violence. This one drug alone is estimated for at least 12% of all incarcerations in the United States.

So, you should by now, realize why alcohol is legal. It is a grand conspiracy. We can only destroy this conspiracy by a collective approach.

This article (Exposed: These are the 5 Reasons the Most Dangerous Drug is not Illegal) is a free and open source. You have permission to republish this article under a Creative Commons license with attribution to the author and AnonHQ.com.