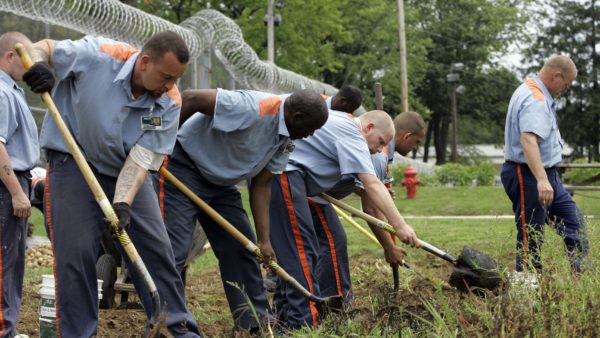 Recently, an inmate who has been incarcerated in the United States city of Amarillo in Texas, published a damning article in the independent news analysis outlet, Truth Out.Org, detailing how inmates in prisons across the state have been made to work for long hours without any pay.

Walker revealed further that inmates also grow 24 different crops, and manufacture soap and clothing. He disclosed some prisoners work up to 12 hours a day without any pay. Prisons officials pocket all the monies these poor prisoners generate.

What is more concerning with the revelations made by Walker is that prisoners who refuse to comply with this hard labor, are made to stay longer in the prisons. With the forced prison labor, it has made the Texas prison system one of the most self-sufficient and profitable prison systems in the United States. In light of this revelation made by Walker, activists and investigative journalists have been following up to ascertain the veracity of the claims. It has emerged that Walker’s claims are nothing but the truth. In fact, it was even found that the practice of hard labor at the prisons is not limited to the state of Texas alone.  It is becoming widespread in the United States.

According to the Global Research, the prison system in the United States is a big business for the country’s officials. Statistics show that there are approximately 2 million inmates in state, federal and private prisons throughout the United States. No other society in human history has imprisoned so many of its own citizens like the United States. The country has locked up more people than any other country: a half million more than China, which has a population five times greater than the United States. For example, penal labor in the United States, when intended as a form of slavery or involuntary servitude, is explicitly allowed by the 13th Amendment of the Constitution of the country. The 13th Amendment states that “neither slavery nor involuntary servitude, except as a punishment for a crime whereof the party shall have been duly convicted, shall exist within the United States, or any place subject to their jurisdiction.”

With this big loophole, corporations are taking advantage of cheap labor to exploit inmates. They are enslaving inmates, disregarding their human dignity. Minds.Com has published the list of companies exploiting inmates. Wal-Mart is one company guilty of using prison labor.  They purchase their produce from prison farms, where inmates often face long hours in blazing heat without adequate food or water.  Other companies that notoriously use prison labor are Victoria’s Secret, AT&T and BP (British Petroleum).

Below is the full list of companies implicated in exploiting prison labor:

Previously, we were ignorant. Now we know. It is time to take action. If we boycott these companies’ products in protest, they will be forced to stop their despicable activities. Some activists have already started working. Since Walker published his article, some activists have gathered support, pressing for an end to the exploiting and dehumanizing of prisoners by the Texas Department of Criminal Justice. Activists have designed T-shirts aimed at raising awareness of the practice. You can click here to purchase some of the T-shirts to help the program. Part of the money spent on the T-shirt purchase will be used to support activities; ensuring inmates who face this forced labor will have basic freedoms while serving their sentences.

This article (Exposed: These are the Corporations Enslaving Prisoners in the United States) is a free and open source. You have permission to republish this article under a Creative Commons license with attribution to the author and AnonHQ.com.