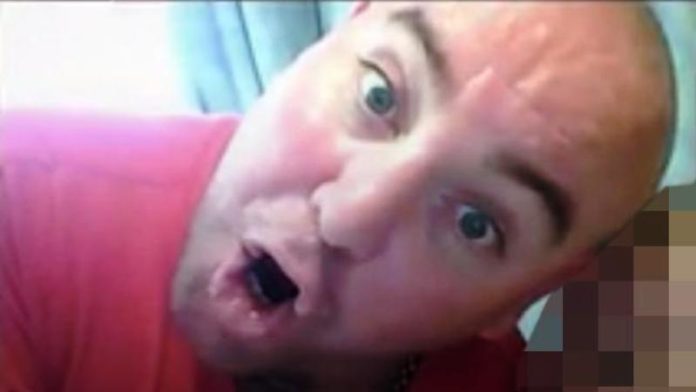 The reason Herbert gave for the hideous crime was because his three-year-old daughter was “too beautiful.” The man has been found guilty of destroying the lives of his family, and his plea of insanity was rejected outright.

In March 2017, the Supreme Court of Western Australia threw Edward John Herbert’s insanity plea out after he admitted wanting to kill both his daughters in their rooms. The father of two said that he was not guilty of the charges measured against him because he made the decision to harm his children while substance affected.

The Supreme Court judge was informed that Herbert was under the influence of marijuana and alcohol at the time when he poured a flammable liquid over his three-year-old daughter, in front of his partner.

Herbert then set his three-year-old daughter on fire while she slept, before pouring flammable liquid over his eldest daughter, a seven-year-old autistic girl who requires special treatment, and his six-year-old son. The court also heard how Herbert was also reported to have told a neighbour, “don’t worry, I would not have lit my boy up,” demonstrating intent to harm.

According to Stephanie Bochorsky, a police officer who lives in the same neighbourhood where the incident took place, she heard the screams of their mother crying for help. Bochorsky, who was off duty that day, ran in to her assistance and administered first aid to the child.

Two weeks ago, Judge Carolyn Frances Jenkins declared the actions of Herbert were of his own free will; that he was of sound mind on the day when he decided to burn both of his daughters alive.

However, Justice Jenkins has postponed the ruling until May pending a psychiatric evaluation.

Mara Barone, who is representing Herbert, said that a long jail sentence is now unavoidable.

During his hearing, it was revealed that Herbert had told one of his neighbours that they were his daughters and therefore he could do as he pleased. He continued, saying he burnt his three-year-old daughter because she was “too beautiful.”

Herbert’s now ex-partner and the mother of the children said he was consuming more than thirty dollars’ worth of weed every day for over a month before the burning incident.

He had also developed a habit of drinking more than twenty beers a day, she said. Herbert had also taken a knife and had ran across the house threatening to blow it up before he set his daughter on fire.

Amanda Forrester, the prosecutor on the case, says the three-year-old received more than twelve percent burns to her body, and that she needs surgery and laser treatment to recover. However, the child will remain permanently scarred.

According to Doctor Bryan Tanney, the psychiatrist assessing Herbert, Herbert might have been undergoing psychosis when he attacked; triggered by his heavy drug and alcohol abuse.

Dr Tanney highlights the psychosis may have been triggered because Herbert didn’t smoke marijuana on the day he almost killed his children.

A letter written by Herbert to his former partner from the prison stated that he loved his kids more than life itself and that he had found God in prison. He further claimed he was unable to recall the memory of the attack.

“I am so sorry and I have got to live with this for the rest of my life,” wrote Edward Herbert in his letter to his former partner. “It hurts so much.”

This article (Australian Father Burns His 3-Year-Old Daughter Because She’s Too Beautiful) is a free and open source. You have permission to republish this article under a Creative Commons license with attribution to the author and AnonHQ.com.