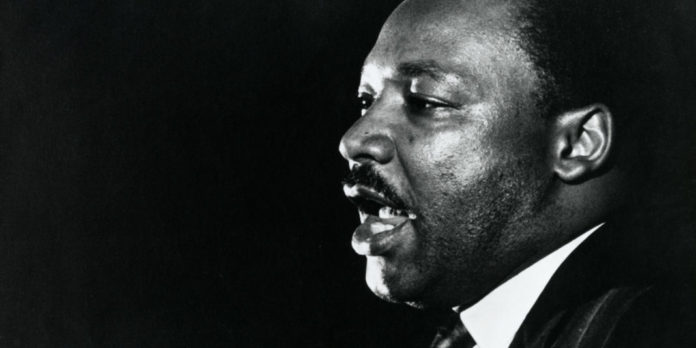 The assassination of Dr. Martin Luther King occurred 49 years ago. Surrounded in who-dun-it mystery, very few know about the verdict handed down, exonerating James Earl Ray in 1999. The media did little to report on the civil trial King v. Jowers that went for 30 days. In only 59 minutes of deliberation, the jury found the original hearing of the case incorrect. Their conclusion: a Memphis PD Officer Lloyd Jowers had been complicit in the conspiracy to assassinate Dr. King and that there was a “conspiracy to kill Martin King involving [FBI] agents of the government of the United States, State of Tennessee, City of Memphis.”

In 1993, during the lead up to the deliberation of the trial, Jowers had appeared on Prime Time Live on the ABC. Jowers publicly confessed to the role he played in the assassination. Jowers named Lt. Earl Clark from the Memphis Police Department as the one who fired the shot that killed Dr. King, not James Earl Ray. The claim in the civil suit determined that the civil rights leader had fallen victim to a conspiracy to murder that involved the FBI and Memphis PD.

The lead up to the assassination, and on the day before, saw MLK’s security detail withdrawn. Also removed was black Memphis PD detective Ed Redditt, who was posted near the Lorraine Motel, and two black firemen from a nearby station – known to Dr. King – were transferred out. Inspector Don H. Smith was responsible for the request to remove the security.

Undercover Memphis Police Department Officer Marrell McCollough testified in 1978 to the House Select Committee on Assassinations that he joined the CIA following Dr. King’s death. McCollough’s account of that night said he witnessed the MLK assassination from the parking lot of the Lorraine Motel and then ran up the stairs to view the body. He remained on the premises until Dr. King’s death, even though others had been removed in the lead up to the event.

The US government maintains Jowers fabricated his allegations during the civil trial, although admits to attempts to persuade Dr. King to commit suicide and earlier attempts to ruin his marriage. In a deliberate FBI campaign, J Edgar Hoover set out to sabotage the civil rights leader on every turn.

This article (FBI and Police had Role in Martin Luther King’s Assassination) is a free and open source. You have permission to republish this article under a Creative Commons license with attribution to the author AnonWatcher and AnonHQ.com.