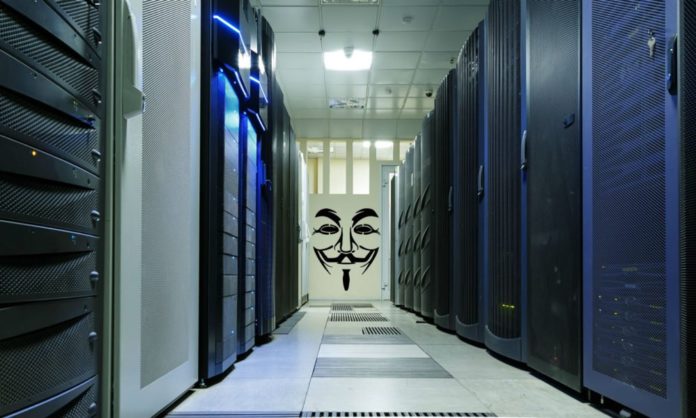 The feds warned that “a group of malicious cyber actors,” whom security experts believe to be the government-sponsored hacking group known as APT6, “have compromised and stolen sensitive information from various government and commercial networks” since at least 2011, according to an FBI alert obtained by Motherboard.

The alert, which is also available online, shows that foreign government hackers are still successfully hacking and stealing data from US government’s servers, their activities going unnoticed for years. This comes months after the US government revealed that a group of hackers,widely believed to be working for the Chinese government, had for more than a year infiltrated the computer systems of the Office of Personnel Management, or OPM. In the process, they stole highly sensitive data about several millions of government workers and even spies.

In the alert, the FBI lists a long series of websites used as command and control servers to launch phishing attacks “in furtherance of computer network exploitation (CNE) activities [read: hacking] in the United States and abroad since at least 2011.”

Domains controlled by the hackers were “suspended” as of late December 2015, according to the alert, but it’s unclear if the hackers have been pushed out or they are still inside the hacked networks.

“ANYBODY WHO’S BEEN IN THAT NETWORK ALL THIS LONG, THEY COULD BE ANYWHERE AND EVERYWHERE.”

“Looks like they were in for years before they were caught, god knows where they are,” Michael Adams, an information security expert who served more than two decades in the US Special Operations Command, and who has reviewed the alert, told Motherboard. “Anybody who’s been in that network all this long, they could be anywhere and everywhere.”

For Adams, this alert shows that the US government still is not in control of what’s going on inside its most sensitive networks. This alert, he said, is an admission of that.

“It’s just flabbergasting,” he told me. “How many times can this keep happening before we finally realize we’re screwed?”

The FBI wouldn’t comment on the alert, only saying that it was just another example of a routine notice to private partners, “provided in order to help systems administrators guard against the actions of persistent cyber criminals.”

This group of “persistent cyber criminals” is especially persistent. The group is none other than the “APT6” hacking group, according to sources within the antivirus and threat intelligence industry. There isn’t much public literature about the group, other than a couple of old reports, but APT6, which stand for Advanced Persistent Threat 6, is a codename given to a group believed to be working for the Chinese government.

“This is one of the earlier APTs, they definitely go back further than 2011 or whatever—more like 2008 I believe,” Kurt Baumgartner, a researcher at the Russian security firm Kaspersky Lab, told me. (Baumgartner declined to say whether the group was Chinese or not, but said its targets align with the interest of a state-sponsored attacker.)

Kyrk Storer, a spokesperson with FireEye, confirmed that the domains listed in the alert “were associated with APT6 and one of their malware backdoors,” and that the hackers “targeted the US and UK defense industrial base.”

APT6 is ”likely a nation-state sponsored group based in China,” according to FireEye, which ”has been dormant for the past several years.”

Another researcher at a different security company, who spoke on condition of anonymity because he wasn’t authorized to speak publicly about the hacker’s activities, said this was the “current campaign of an older group,” and said there “likely” was an FBI investigation ongoing. (Several other security companies declined to comment for this story.)

At this point, it’s unclear whether the FBI’s investigation will lead to any concrete result. But two years after the US government charged five Chinese military members for hacking US companies, it’s clear hackers haven’t given up attacking US targets.