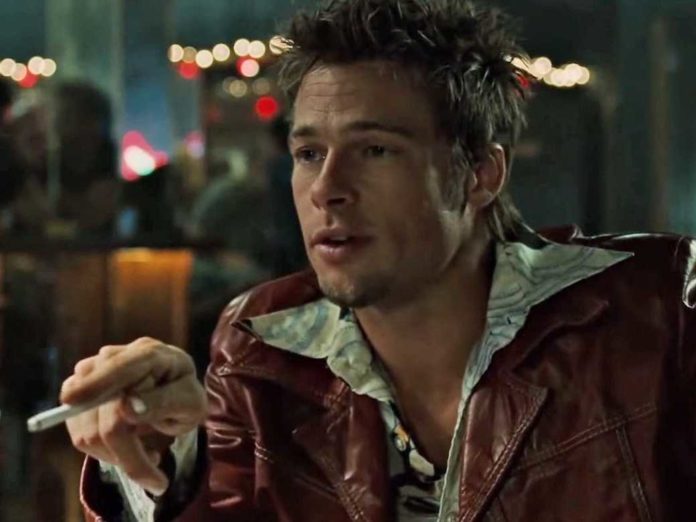 Fight Club — a 1999 film about an unnamed protagonist who struggles with rampant consumerism, despair, conformity, and fear of losing masculinity — is often touted as one of the most controversial yet most influential films of the 20th century. Calling it a groundbreaking film, The Rolling Stone noted decades ago:

The film’s bold, bruising humor leaves marks on a wide range of hot-button issues: It’s about being young, male and powerless against the pacifying drug of consumerism. It’s about solitude, despair and bottled-up rage. It’s about how not to feel dead as Y2K approaches. It’s about daring to imagine the disenfranchised reducing the world to rubble and starting over.

Tyler Durden — the alter ego for Fight Club’s main character played by Brad Pitt — became an anarchic, anti-hero icon to millions of young American adults coping with the pre-millennial challenges. While Durden’s nuggets of wisdom on materialism, quasi-existentialism, fatalism, fate, and individualism were intended to help the unnamed protagonist bring Laissez Faire to its knees, the life lessons dished out by him are as relevant as ever.

Here are 15 Fight Club quotes, by Tyler Durden the life coach, which will truly inspire you to break free from the world of consumerism, capitalism, and the ‘modern’ society… This article (Fight Club: 15 Tyler Durden Quotes That Will Inspire You To Break Free) is free and open source. You have permission to republish this article under a Creative Commons license with attribution to the author and AnonHQ.com.