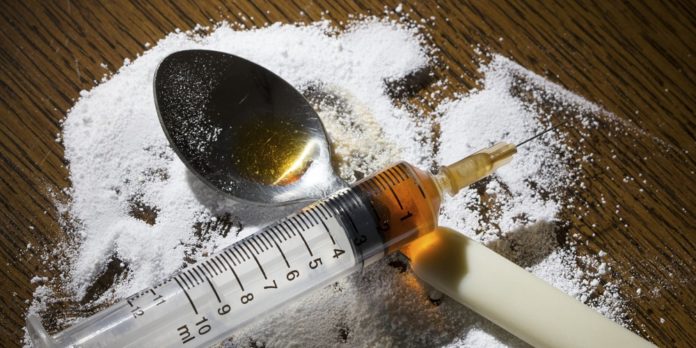 According to the New Yorker, by the end of the 20th century, almost 1% of Portugal’s entire population was addicted to heroin or any related narcotic drugs considered illegal by many nations around the world.

In fact, Portugal was ranked number one in the European Union for the use of narcotics related drugs in 1999. That was a difficult period for the country.

Historians say the drug problem in Portugal had its genesis from the Carnation Revolution- a bloodless military coup which overthrew the 50-year dictatorship of the Estado Novo regime in 1974.

Before the revolution, Portugal was said to be one of the drug-free countries in Western Europe. But the Carnation Revolution which many sociologists consider as the agent of change in Portugal’s history also came with a price that needed a very strategic thinking before it could be paid.

The revolution sparked a chaotic transition from autocracy to democracy. The whole Portuguese society struggled to define a new nation that would open up the country to the rest of the world.

The new regime pushed through a rapid and hasty programme of decolonization of its territories. The next few years after the revolution saw Portugal given up it colonies such as Guinea-Bissau, Mozambique, Cape Verde Islands, Sao Tome and Principe and Angola. All these countries became independent. Soldiers and civilians who were stationed in these newly-freed colonies returned to the country with a variety of drugs.

The country opened up its airspace, water and land borders which made travel and exchange much easier. Due to this new freedom, Portugal became a natural gateway for trafficking of hard drugs across the European continent. Drug use became part of the culture of liberation, and the use of hard narcotics became popular. Eventually, it got out of hand, and drug use became difficult for the then government to fight.

But when everybody thought the country has lost it as far as the drug addiction fight is concerned, in 2001, the Portuguese government did something which other governments in Europe and US probably would have never done. It decriminalized all hard drug-related offences. That was a real shocker in Europe.

The new law the government promulgated was that if someone is found in the possession of any hard drug ranging from marijuana to heroin, the person is sent to a three-person Commission called the Dissuasion of Drug Addiction (DDA). The DDA is made up of a lawyer, a doctor and a social worker. The commission recommends treatment or a minor fine. In most cases, the person is sent off without any penalty if the commission thinks there is enough evidence to show that the person has regretted and would not use such drugs again.

It has been 14 years now since Portugal embarked on this strategy to fight the drug addiction among its citizens. Many countries made fun of it and predicted that the country would soon be overrun by drugs. But the records now show that the country has improved far more than when it was using the hard way to punish drug offenders.

Findings from the British Journal of Criminology (BTC) indicate that the rate of imprisonment relating to drug-offences have significantly reduced whereas there have been a rise in visits to health clinics that deal with diseases relating to drug addiction.

Many experts including Alex Stevens, a professor of criminal justice at the University of Kent and also a co-author of the BTC article have urged countries to follow the shining example of Portugal.

“The main lesson to learn decriminalizing drugs doesn’t necessarily lead to disaster and it does free up resources for more effective responses to drug-related problems,” Professor Stevens told the Mic.

Despite the fact that Portugal is currently facing a precarious financial situation, its shift of drug control from the Justice Department to the Health Ministry has propelled the public health model for treatment of hard drug addiction. If other governments would not dare follow their economic policies, surely, its policies for fighting drug addiction are worth emulating. The country is now ripping the benefits of that hard decision it took some 14 years ago.