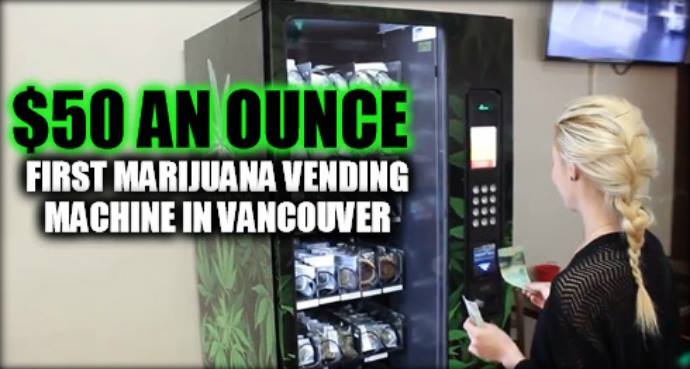 The first cannabis-dispensing machine in Canada has begun operating in Vancouver, following on from the first machine installed recently in the US state of Colorado. The difference? The Canadian machine doesn’t ID you.

Despite the controversy surrounding the plant and the endless bickering that has marked the discourse around it, the machine looks strangely ordinary and even less threatening than a cigarette pack, with big green leaves and certainly no indication that it contains something that is so hotly debated.