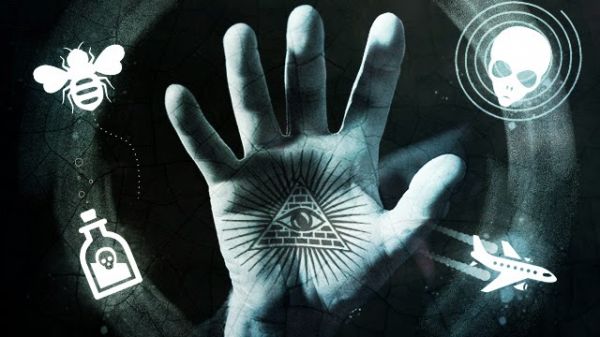 There is a lot of contention with the main stream media adding labels to conspiracy and conspiracy theorists in order to debunk them. Even interpretations from various sources will cite the media when referencing the term; and their means to slander those who are decisive in their interpretations of patterns they see emerging in the world.

But what happens when there is an admittance by official bodies that some things really did happen in our history – that were once labelled as a conspiracy?

Five conspiracies have been recently admitted to, either officially or through released documents. It is therefore reasonable to assume that some of what has recently been labelled factitious or contrived will likely resurface decades from now in the form of apology or evidence.

Below are some of the past conspiracies that have been acknowledged. Tuskegee syphilis experiment (1932 -1972) – An experiment where 400 black citizens of the US were deliberately infected with syphilis and treated with placebos; left to die, to study the effects on the body.

With the US Health Department directing the study, the 400 patients were promised free treatment but were often only administered Aspirin. Autopsies were conducted in the name of progressive science. As a result most died as a direct result of untreated syphilis or indirectly from the complications of having such an aggressive and hideous disease. 19 children were born with congenital disease as a result of the study.

It wasn’t until President Bill Clinton officially and publically apologized, while he was in office, to the remaining 8 survivors of the project that supposedly never existed.

Operation Northwoods – evidence of acts of terror being committed on US soil in order to rally support for the act of invading another country.

Declassified documents came to light in 1997, highlighting the movements of the US in the sixties when they were preparing for war with Cuba. The intention as outlined in the document “Justification for U.S. Military Intervention in Cuba,” suggests that the CIA conduct false flag attacks to instill fear in the public and thus rally them to support an attack against Fidel Castro. JFK however, refused to approve such plans, preventing the implementation of them.

Nayirah Testimony – Was it all about oil or freedom? Nayirah’s testimony influenced the US stance in Iraq.

Nayirah, a young girl, took the stand to testify against Saddam Hussein’s actions. As she outlined the inhumane atrocities committed by his soldiers, including the massacre of 300 babies in a hospital that she ‘witnessed’, the world focused on her accusations, drumming up world wide support for the US to retaliate against Iraq. The Gulf War soon followed.

Later on, post war, it was discovered that Nayirah was the daughter of Kuwaiti ambassador to the US, Sheikh Saud Nasser Al-Saud Al-Sabah, who was also a member of the royal family. Nayirah had reportedly undergone an extensive acting course prior to her testimony, which involved an 11 million dollar contract, and PR gurus Hill and Knowlton. Hill and Knowlton were also discovered to have close ties to the Bush administration.

Operation Paperclip – The very country and men that the US fought against in the name of freedom and humanity, aided the extrication of several hundred scientists from Nazi Germany to US soil, who were directly involved with the SS and the Third Reich.

In the name of science, the government didn’t want to waste the scientific talent that the Nazi’s had access to. It was officially denied and much of the information is still classified; but you can find some information on Operation Paperclip in libraries and the internet, for a very interesting read.

MK-Ultra – Once upon a time, to utter the words ‘MK-Ultra’ had you labeled as a conspiracy nut.

Projects, sub-projects, and more sub-projects. MK-Ultra almost has the feel of the onion; layers upon layers. But one thing’s for certain now, is its existence. The main school of thought about MK was the CIA involvement in mind control experiments. The ‘Big Brother’ concept resonates loudest here.

It wasn’t until in the seventies, a New York Times reporter managed to expose some of their agenda, that MK-Ultra was disregarded by the public. Seymour Hersch, an award winning journalist; Pulitzer Prize for International Reporting, exposed the programs ran by MK-Ultra, documenting illegal activities on American citizens in the 1960’s.