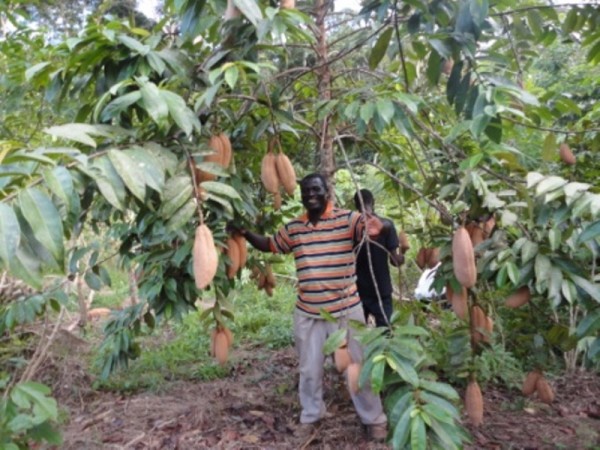 Wild fruits are an important source of nutrients for many people across the continent of Africa. But due to lack of sound planning and vision by policy makers to make use of the natural opportunity on the continent, these fruits are neglected in the forest for nature to take care of it.

If the fruits mature, it is harvested by people who may chance upon it. But if nobody chances upon it, it is left to the mercy of various wild rodents who make use of it as a source of food.

As these foods go wasted in the forest, meanwhile, many people continue to suffer from hunger everyday across the continent. This explains why Africa is the richest continent but its citizens are the poorest. However, in recent times, due to rapid climate change and deforestation, the future of these resources is not certain. This has prompted one of the world’s food giants, Unilever to partner with some local scientists and farmers in Africa to try and domesticate some wild fruits before they disappear. It is part of the company’s commitment to ensure food security on the continent.

But domesticating these wild fruits to ensure adequate food on the continent is a challenge. Farmers need buyers for a crop before they plant it. And because the fruits are going to be new, as it will be the first time they are produced commercially, their market value is going to be low as compare to the known fruits such as mangoes and apples.

However, the executives who are spearheading the domestication project have stumbled across the oil-rich seeds of the tropical Allanblackia tree. It is hoped that this Allanblackia tree will replace the palm tree which produces the nuts for the production of palm oil. The Allanblackia tree in particular has proved very hard to domesticate. That is because the cuttings are much slower to root than other trees. And once they do, they only produce a single root, which makes the trees unstable and likely to fall over as they grow taller.

But despite these challenges, the domestication team hopes it can serve as a model for projects in Africa or elsewhere. The structural properties of Allanblackia include melting and solidifying at temperatures just right for making margarine. It is also easier to process than palm oil.

According to the Take Part, Unilever started working with local researchers in Africa in the 1990s to domesticate fruit trees like Allanblackia. The company contracted local farmers to grow it on their land.

The company said the partnership is growing to become a model for preserving other neglected indigenous crops across Africa and the rest of the world.

The former Director of Research at the Kenya-based agricultural research organization ICRAF, Roger Leakey who helped spearhead the organization’s efforts to domesticate indigenous fruit trees told local media that the project is challenging, but they hope that it will yield good results. He was quoted as saying “It turns out this particular species seems to be, by far, the most difficult one we’ve tried in terms of vegetative propagation”. “We are exploring the best options to use Allanblackia in commercial products on the market because we believe in the ‘story of Africa,’ we believe in it in terms of the benefits this can have for the local people. We believe it is aligning with the objectives we have under the sustainable living plan”, Senior Technology Manager for Oils and Fats at Unilever, Rob Diks also said.

Unilever has already launched a margarine containing the Allanblackia oil in Sweden last year. Although the product is struggling on the Swedish market, Unilever is hopeful that more advertising of the product will catch consumers’ attention. And this will increase demand for the fruits, which will motivate African farmers to plant it for food and earn income as well.

This Article (Food Security in Africa: Unilever Partners With Africa To Domesticate Wild Fruits) is free and open source. You have permission to republish this article under a Creative Commons license with attribution to the author and AnonHQ.com