The European Union’s Food Safety Authority has approved the sale of bugs as “novel food,” meaning that they are likely to be mass produced for human consumption throughout the continent by the end of the year.

“These have a good chance of being given the green light in the coming few weeks,” the secretary-general of the International Platform of Insects for Food and Feed, Christophe Derrien, told The Guardian.

Since 1997, the EU has required a “novel food” classification to allow the sale of products that had no history of being consumed by humans, meaning that the sale of bugs has been banned in countries like Spain, France and Italy for over two decades.

However, with the new approval, mass production of bug-based food is set to ramp up later this year. This means that locusts, crickets, grasshoppers, and mealworms may all appear on supermarket shelves by the autumn.

Christophe Derrien is looking forward to the sale of bugs as both a stand alone food and incorporated into existing products, arguing that they are a great source of protein and the production of bug food doesn’t harm the planet.

“The sort of foods ranges from whole insects as an aperitif or as snacks to processed insects in bars or pasta or burgers made out of insects,” he said.

As we have previously highlighted, eating bugs has been heavily promoted by cultural institutions and the media in recent years because people are being readied to accept drastically lower standards of living under disastrous global ‘Green New Deal’ programs.

This will be exacerbated by the expected economic recession, or even depression, caused by the coronavirus outbreak.

This is why globalist publications like the Economist have been promoting the idea of eating bugs despite the fact that the kind of elitists who read it would never consider for a second munching on crickets or mealworms.

My voice is being silenced by free speech-hating Silicon Valley behemoths who want me disappeared forever. It is CRUCIAL that you support me. Please sign up for the free newsletter here. Donate to me on SubscribeStar here. Support my sponsor – Turbo Force – a supercharged boost of clean energy without the comedown.

Russia Accuses Trump Of Trying To Conquer The Galaxy 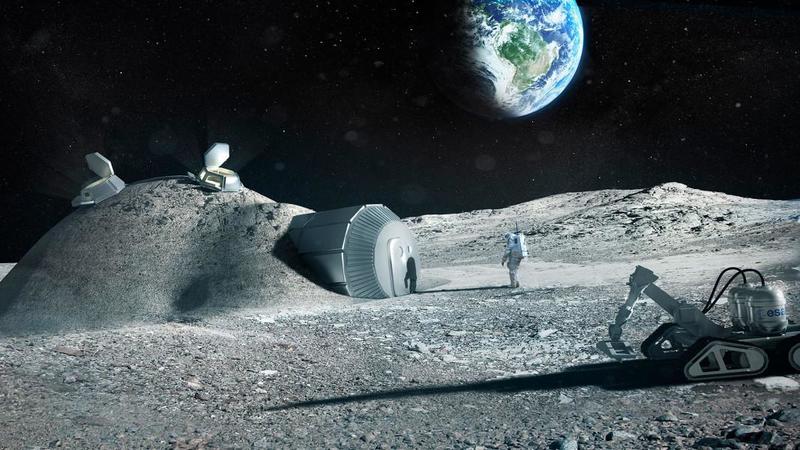 President Trump took a giant leap for America this week by signing an executive order outlining US policy on commercial mining in space.

Upon Trump signing the order, entitled “Encouraging International Support for the Recovery and Use of Space Resources,” which gives Americans the “the right to engage in the commercial exploration, recovery, and use of resources in outer space,” the Russian space agency, Roscosmos, accused the US of attempting to conquer the galaxy.

Roscosmos said in a statement Tuesday that “Attempts to expropriate outer space and aggressive plans to de facto seize the territories of other planets will hardly encourage other nations to participate in fruitful cooperation.”

“There have already been examples in history when one country decided to start seizing territories in its own interests and everyone remembers how that turned out,” Savelyev said.

The Kremlin said colonization of space would be “unacceptable.”

This is not the first time Washington has outlined the need to harvest resources from space. In 2015, Congress signed a law permitting companies to extract resources from asteroids and the moon.

After 50 years, NASA has recently released plans of returning to the moon by 2024. On the other hand, Roscosmos has said it will land Russians on Earth’s only natural satellite by 2030. As it appears, both space agencies are locked in a moon race for this decade.

It becomes quite apparent at this point why President Trump signed the National Defense Authorization Act in late 2019 to usher in the Space Force — the newest and sixth branch of the military — the first since the last branch, the US Air Force was established in 1947. That is because resource wars on other planets or the moon could be the next domain in warfare.