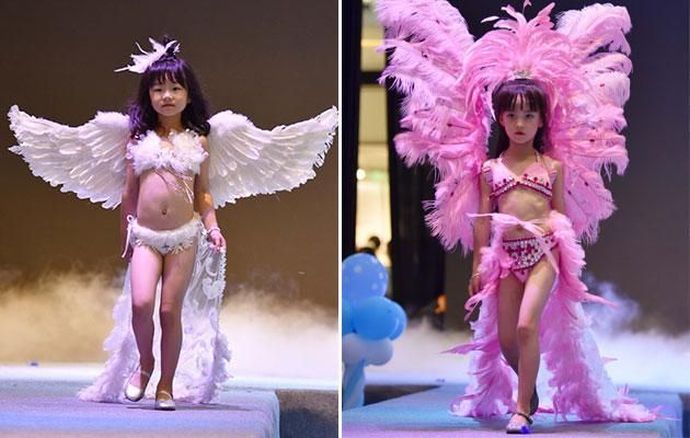 A controversial fashion show, featuring girls as young as 5 years old, walking the runway wearing nothing but lingerie similar to those worn by Victoria’s Secret models, has drawn widespread criticism.

The Victoria’s Secret–style fashion show at a shopping mall in Chengdu City, in southwest China’s Sichuan province, sparked outrage as many felt it crossed the line of what’s acceptable by showing scantily clad girls wearing lingerie, costume wings, and headpieces — while adults in the audience happily cheered and clicked photos. For more on the story, watch this video:

In July, Kim Kardashian was criticized after she posted controversial images of her latest fashion line for children on Snapchat, which included, among other things, a bikini and lace slip dress for young girls.

What were the organizers thinking? Does this highly disturbing Victoria’s Secret-style lingerie show highlight the push to normalize and force public acceptance of pedophilia in the mainstream? Please share your thoughts in the comment section below…