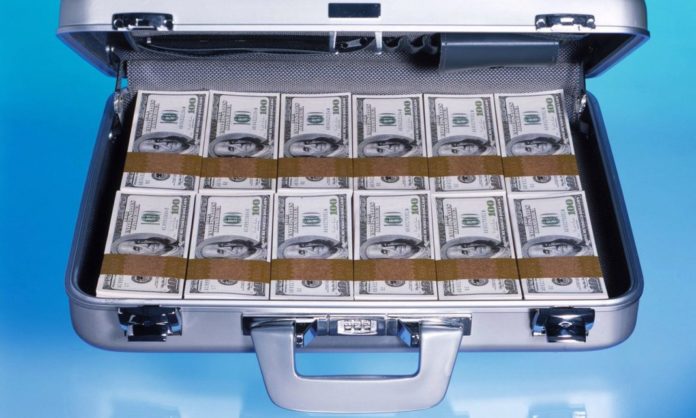 Candace Marie Claiborne, a veteran U.S. Department of State official with a top secret security clearance, was arrested and charged with obstructing an official proceeding and making false statements to the Federal Bureau of Investigation. The 60-year-old allegedly concealed numerous contacts that she had held over a period of years with Chinese foreign intelligence agents.

The Department of Justice unsealed a federal complaint on March 28, which alleges Claiborne, along with a co-conspirator, used her position and her access to leak sensitive diplomatic data. The data including privileged U.S. analyses of Chinese affairs, to which she received lavish gifts and benefits from the Chinese officials, despite privately acknowledging that they were spies.

The Department of Justice also alleges that Claiborne was targeted by members of a Chinese intelligence program that seeks to “obtain information on political, economic, and security policies that may affect China, foreign intelligence operations directed at China, and biographical profiles of foreign politicians and intelligence officers.”

It is further alleged that “Claiborne appeared motivated by the profitable nature of her information-sharing relationship with the foreign intelligence agents.” Claiborne, who told investigators that she had given the Chinese officials “information about a dissident who was being secretly housed” at the US embassy, once wrote in her journal that she could “generate 20k in 1 year” through her work with one of the Chinese spies.


Andrew W. Vale, assistant director in charge of the FBI’s Washington Field Office, said Claiborne is “accused of violating her oath of office as a State Department employee, who was entrusted with Top Secret information when she purposefully mislead federal investigators about her significant and repeated interactions with foreign contacts.” The Guardian reports:

The Chinese spies, whose names were redacted by prosecutors, were agents of the Shanghai state security bureau, a branch of China’s ministry of state security (MSS), the country’s civilian intelligence and security agency. The agents are said to have preyed on Claiborne’s complaints of “financial woes” and her inability to fund the “overseas educational and career goals” of the unidentified relative “on her state department salary alone”.

According to the federal lawsuit, the gifts showered on her and her co-conspirator between October 2014 and August 2016 included thousands of dollars in cash wired directly into her bank accounts, an Apple iPhone, Apple Macbook, all expenses paid international vacations, a fully-furnished apartment, tuition at a Chinese fashion school, round trip airplane tickets from China to Washington D.C., and a monthly stipend. According to NPR, an undercover FBI agent posing as a Chinese agent stopped Claiborne on the street in Washington D.C in January 2017. They talked for an hour and a half at her residence where the undercover FBI agent thanked her for helping the “Ministry,” which she allegedly did not deny.

Claiborne was caught as a result of monitoring under a Foreign Intelligence Surveillance Court warrant, the same warrant federal investigators allegedly got “to examine the activities of ‘U.S. persons’ in Donald Trump’s campaign with ties to Russia.”

The timing of Claiborne’s arrest comes just ahead of an April 6-7 meeting between the U.S. President Donald Trump and Chinese President Xi Jinping in the backdrop of heightened tensions over North Korea, the South China Sea, and Taiwan.

During a court appearance on March 29, Claiborne entered a plea of not guilty. A preliminary hearing is set for April 18. If convicted, she faces a maximum penalty of 20 years in prison on charges of obstructing an official proceeding and five years for making a false statement to the FBI.

Statement from @StateDept in reaction to arrest of one of its employee who allegedly spied for #China. pic.twitter.com/cfY3zb5XrZ

This article (Forget Trump’s Ties with Russia, FBI Catches State Diplomat Selling US Secrets to China) is a free and open source. You have permission to republish this article under a Creative Commons license with attribution to the author and AnonHQ.com.