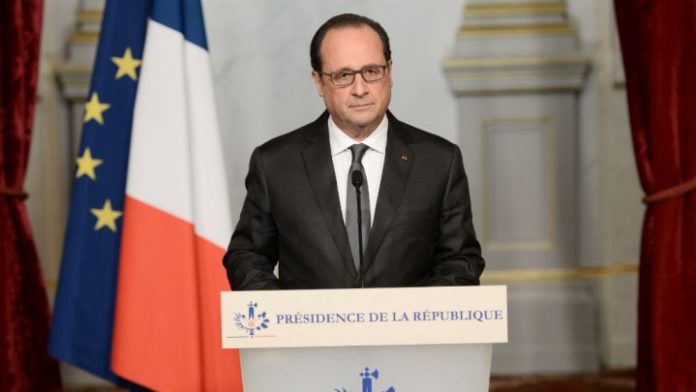 Post Paris terror attack hysteria and deluge of xenophobia bloodlust sweeping through the right-wings in both America and France have failed to dampen American and French spirit. After French President François Hollande said that France will follow through on its pre-attack commitment to take in 30,000 Syrian refugees over the next two years, US President Barack Obama also announced that America will provide refuge to at least 10,000 vulnerable refugees fleeing violence in Syria over the next year.

Rejecting the rhetoric of a “clash of civilizations and insisting that “France will remain a country of freedom”, Hollande told a gathering of the country’s mayors on November 18:

“Life should resume fully. What would France be without its museums, without its terraces, its concerts, its sports competitions? France should remain as it is. Our duty is to carry on our lives. Some people say the tragic events of the last few days have sown doubts in their minds. Through terror, Daesh (ISIS) wants to instill through their murders the poison of suspicion, of discrimination, of division. We have to reinforce our borders while remaining true to our values. It is as much of our humanitarian duty to help the refugees as it is to ensure the protection of France.

“30,000 refugees will be welcomed over the next two years. Our country has the duty to respect this commitment. We will continue to take the necessary precautions before accepting refugees on our soil. It’s what we’ve been doing and what we will continue to do. Our social cohesion is the strongest response and our national unity is its expression. We must remain steadfast against all forms of hate. No xenophobic, anti-Semite, or anti-Muslim acts will be tolerated.”

Even America for once took a decisive stand against both the terror from abroad and the discriminatory fear-mongering from the right.

“Slamming the door in the face of refugees would betray our deepest values. That’s not who we are. And it’s not what we’re going to do.” —President Obama: go.wh.gov/RefugeesWelcome #RefugeesWelcome

Posted by The White House on Wednesday, November 18, 2015

We can welcome refugees and ensure America’s safety and security. The U.S. will provide refuge to at least 10,000…

Posted by The White House on Wednesday, November 18, 2015

While the Republicans suggest the US renege on its commitment, Obama vowed to veto a GOP-drafted bill that would likely delay allowing Syrian and Iraqi refugees into America.

Speaking on the sidelines of the Asia-Pacific Economic Cooperation summit in Manila, Obama decried the hostility to refugees back home. “The Islamic State seeks to exploit the idea that there’s war between Islam and the West and when you start seeing individuals in position of responsibility suggesting Christians are more worthy of protection than Muslims are in a war-torn land, that feeds the [Islamic State] narrative,” he said.

This Article (France Stays Committed, To Welcome 30,000 Syrian Refugees) is free and open source. You have permission to republish this article under a Creative Commons license with attribution to the author and AnonHQ.com.