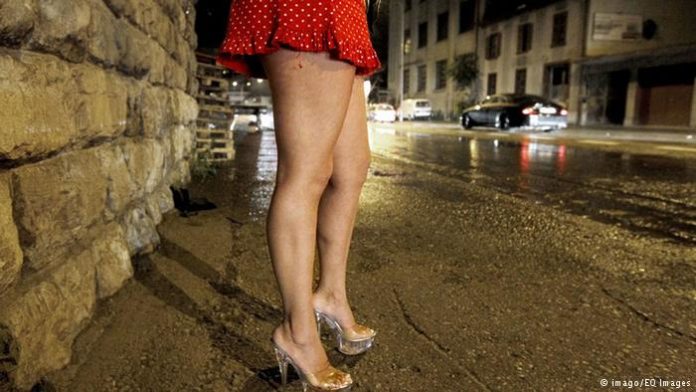 German MP Elisabeth Scharfenberg has suggested that people who unable to satisfy themselves sexually should be able to claim payment for a prostitute’s services as a medical expense.

Though most of Germany’s highest ranking politicians have been focused on fighting “fake news” as of late, some other notable figures in German politics have proposed an unprecedented and eyebrow-raising expansion of its welfare program for the disabled and elderly. Elisabeth Scharfenberg, German MP and spokeswoman for the German Green Party’s age and care policy, told German newspaper Welt am Sonntag that local governments should pay for the cost of sex workers hired by those who ostensibly are unable to satisfy themselves sexually.

In an article published this past Sunday, Scharfenberg said that “funding for sexual assistance is conceivable for me. […] The local authorities could advise on the available options and provide grants.” Though Scharfenberg’s proposal will certainly seem stunning to some, she also noted that such a system is already in operation in Denmark and the Netherlands where state-certified “sexual assistants” lend their services to disabled people who cannot afford the normal price of hiring sex workers. In addition, prostitution has long been legal in Germany with brothels easily accessible throughout the country. In recent years, a significant number of German prostitutes have offered “sexual assistance” to those suffering from severe health issues or physical disabilities as well as the elderly living in nursing homes with services randing from “affectionate touching” to intercourse. Though such assistance currently exists in Germany, there is currently no legal framework to claim such expenses as medically related.

The proposal in Germany, not surprisingly, was met with considerable ridicule. Karl Lauterbach, a German Lawmaker of the governing Social Democrats, told the Bild that “we don’t need paid prostitution in homes for the elderly, and certainly not on prescription.” The German Patient Protection Foundation also expressed its doubts regarding the proposal, arguing that people who have to fight to meet their daily basic needs, such as washing and eating, have other concerns. Professor Wilhelm Frieling-Sonnenberg, an expert in researching medical care, told Deutsche Welle that the proposal was “contemptuous towards human dignity” and a way to placate troublesome patients.

However, some advocacy organizations supported at least parts of Scharfenberg’s proposal. A spokesperson MyHandicap International, a German-based charity, told The Independent that such services should not even be called prostitution as sexuality is a “basic human need” and should be financed by the state and provided to the disabled. Matthias Vernaldi, an advocate for the disabled, has also promoted the right of the disabled to employ sex workers if it is the only way sexuality can be experienced. Yet, Vernaldi warned against using the state to finance such activities: “Sex from social welfare would strengthen the public perception of disabled people being some type of imperfect creatures and just expand again the once believed, conquered therapization of the intimate spheres of disabled people.” Another German politician, Tübingen mayor Boris Palmer, commented, “Why do such adventures always come up in election years?”

This article (German Lawmaker Proposes Subsidizing Prostitute Visits for the Disabled and Elderly) is free and open source. You have permission to republish this article under a Creative Commons license with attribution to the author and True Activist.