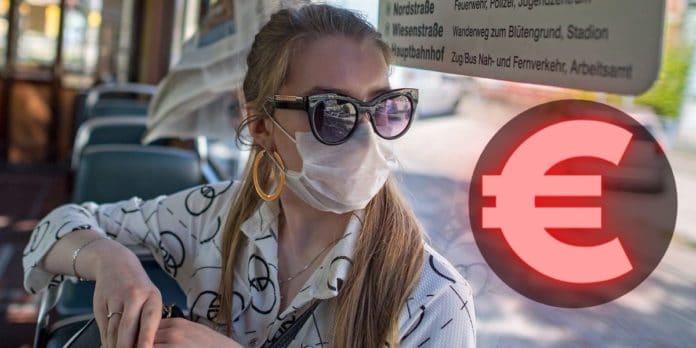 Amid the deepening crisis, Germany is set to begin a new trial for universal basic income (UBI), which will entail 120 citizens receiving €1,200, or about $1,430, every month for three years.

As the world continues to struggle with an unprecedented recession triggered by the coronavirus pandemic, governments across the globe are scrambling to find ways to minimize the social and financial damage amid the tsunami of evictions, job losses and hunger.

Amid the deepening crisis, Germany is set to begin a new trial for universal basic income (UBI), which will entail 120 citizens receiving €1,200, or about $1,430, every month for three years – an amount just above the poverty line in Europe’s largest economy.

The volunteers’ experience living on the amount will be compared with that of 1,380 other German citizens who won’t receive the stipends. The experiment, which is being conducted by the German Institute for Economic Research, is being funded through private donations from about 140,000 individuals, reports Business Insider.

Political parties and figures both on the traditional left and the right have raised the demand for basic income, and some of its strongest proponents include tech oligarchs and venture capitalists like Peter Thiel, Marc Andreesen, and Jack Dorsey.

Supporters of the plan argue that inequality would be reduced by basic income and it would provide an added layer of financial security for certain people. Supporters of the plan, such as former Democratic presidential candidate Andrew Yang, also suggest that with jobs in myriad industries slated to be rendered obsolete by automation and computerization, a universal basic income is required to prevent a deeper humanitarian and financial crisis.

Critics on the left have suggested that basic income is a neoliberal Trojan horse that would be a vehicle for dismantling what little remains of the welfare state, offering the “paying people for being alive” stipend in exchange for austerity and the destruction of social safety nets that protect the most vulnerable members of society and offer a small barrier to extreme inequality.

On the right, however, opponents have claimed that the idea is far too expensive and would disincentivize people from seeking work and would be tantamount to subsidizing “junkies, alcoholics, and scam artists.”

However, with many countries experiencing a freefall in jobs numbers – as well as sharply declining consumer demand and household spending – the idea of UBI has gained popularity unseen since the idea saw a surge of interest following the 2008 financial crash.

In Spain, upwards of a million jobs have been lost due to the pandemic, causing officials to mull offering UBI to the country’s extreme poor. However, the plan has seen wide gaps that have left out some of the most at-risk members of society, ranging from workers in the informal economy to undocumented migrant workers.

Italy’s experiment with basic income plans was also widely panned as a revamped form of unemployment insurance, with many people being left out of plans – proving that the program is anything but universal.

However, on a micro scale the plan has been successful. In one small Kenyan village, a Silicon Valley-funded nonprofit called GiveDirectly reportedly had a good degree of success giving villagers the equivalent of USD $22. Economic journalist Annie Lowrey told The New Yorker that the village, which previously lacked paved roads, home electricity, and decent plumbing to one that now “a bubbling pot of enterprise, as residents whose days used to be about survival save, budget, and plan.”

Politicians from across the political spectrum in Columbia have also urged the government to introduce an Emergency Basic Income to mitigate the damage of the COVID-19 pandemic. The municipal government of Bogota under Green Party Mayor Claudia Lopez was the first city in the South American nation to offer basic income to vulnerable households struggling to feed themselves amid the lockdown. The plan also included integrating 581,000 poor households into the banking system, according to a press release from the City of Bogota

The researchers backing the German study hope that their experiment can help sharpen and improve the debate about basic income by offering new scientific evidence.

“The debate about the basic income has so far been like a philosophical salon in good moments and a war of faith in bad times,” Jürgen Schupp, who is leading the study, told Der Spiegel.

“It is — on both sides — shaped by clichés: Opponents claim that with a basic income people would stop working in order to dull on the couch with fast food and streaming services,” he continued. “Proponents argue that people will continue to do fulfilling work, become more creative and charitable, and save democracy.”

“Incidentally, these stereotypes also flow into economic simulations as assumptions about the supposed costs and benefits of a basic income,” he added.

“We can improve this if we replace these stereotypes with empirically proven knowledge and can therefore lead a more appropriate debate.”