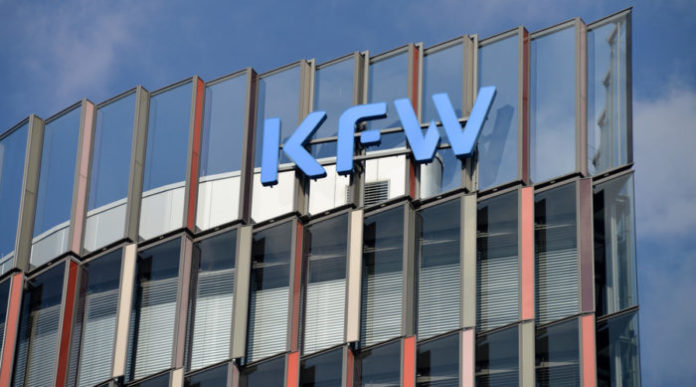 A country that puts its trust in the bankers is a country doomed. With just a simple click, the bankers can turn things upside down. This is exactly the reason for Iceland deciding to deal with the bankers ruthlessly, by jailing them after the financial crisis. But the U.S. and European governments, instead of following the example of Iceland, chose to reward the bankers for crashing the world’s economies. The German state-owned development bank, Kreditanstalt für Wiederaufbau (kfW) has done something also very shocking. KfW is Germany’s fourth-biggest bank by assets. It reportedly transferred billions of euros to four banks in Germany, later claiming it a “configuration mistake” made by an “experienced programmer” of the bank. The incident has shocked many observers.

Bloomberg reports that the incident took place in late February. The bank transferred around €5 billion ($5.4 billion) to four other financial institutions. According to an anonymous person familiar with the fraudulent transaction, the amount transferred by kfW is even more than what was revealed to the media. The source said it could be as high as €6 billion.

KfW admitted in an email to Bloomberg that it transferred the hefty sum of money to the four banks. It claimed it was a mistake, describing it as a “human error owing to a configuration mistake.” “KfW has detected the system’s incorrect behavior very early in the process, immediately mitigated the unwanted action and started the necessary process of analyzing the causes,” a statement from the bank to Bloomberg said.

The bank explained further that the “configuration error” was made by an “experienced programmer” who worked with the bank’s internal payment software. The mistake, according to kfW, resulted in an “automated loop” which led to four automated payments.

According to the unnamed source who said the actual money transferred was closer to €6 billion, it was the German Central Bank that detected the transfer, and sent a query to kfW to demand what the payments were meant for. When kfW received the query, it immediately demanded the transferred funds back. The incident has sparked public suspicion of possible fraudulent deals by kfW and the banks the funds were transferred to. To dismiss the suspicion, the bank said in a separate statement that it has launched a so-called internal investigation to unravel what caused the funds to be transferred.

“KfW has immediately started comprehensive internal and external audits, in order to clarify the causes of the incident in detail and to draw the corresponding conclusions,” the bank said in a statement.

According to observers, this isn’t the first time kfW has mysteriously transferred money to other entities. In the year of the GFC, 2008, the bank transferred a whopping €300 million to the U.S-based investment company Lehman Brothers. In fact, Lehman Brothers had filed for bankruptcy with regulators when this dubious payment was made. When this was made public, the bank defended that the payment was made due to failure of its computer systems to refresh. It claimed this ‘error’ allowed the transaction to become automatic.

However, internal investigations launched subsequently led to the suspension of several senior executives of the bank. The suspension raised many questions. If it was a system failure that caused the transfer, why were humans held accountable? Germany’s biggest-selling newspaper Bild described kfW then in an editorial as “Germany’s dumbest bank.”

Deutsche Bank, Germany’s biggest bank, also paid up to $6 billion to a hedge fund client in 2015. The bank also later said the payment was a mistake in a “fat finger” trade on its foreign exchange desk. But many people weren’t convinced. Some suspected it could be a broader money laundering scheme involving influential people and the bank.

This clandestine approach adopted by big banks to help the super-rich and other criminals to launder money is not new, although the laundering process is very complex.

The banks aid criminals who have obtained monies from the illegal economy to disguise them as coming from a legitimate source.  If this clandestine process is not detected by regulators (Central Banks), the funds then are transferred into the legal economy. Many criminals, including some of the people adored in the Forbes’ billionaire list, are engaged in this dirty game. Unfortunately, they evade arrest because they have bought and paid many senior bank executives, allowing them to perpetuate their laundering business without challenge from law enforcement officials.

We are not saying it is, but most likely what has happened at kfW is a prime example of the complex money laundering process that we have described; with blatant complicity from senior executives of the bank. This is one of many ways bankers use to collapse the legal economy.

This article (Germany’s State-Owned Bank Mysteriously Transfers Over $5 Billion to Four Banks) is a free and open source. You have permission to republish this article under a Creative Commons license with attribution to the author and AnonHQ.com.