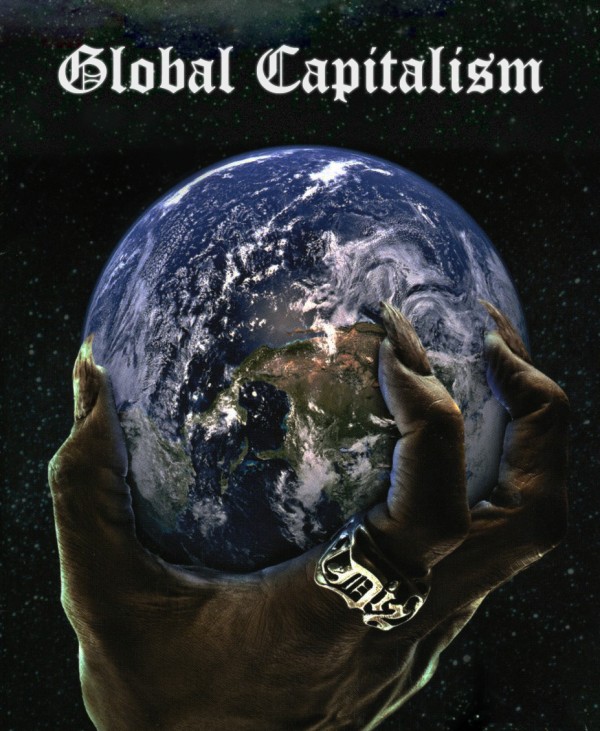 In the Southeastern Asian country of Cambodia, workers have recently been struggling with wage and employment issues. However, their struggle is simply a result of how global capitalism operates.

Not only limited in Cambodia, critics of the capitalist system have said is nothing more than a complex system of exploitation. Just like in many developing countries, many multinational corporations have taken advantage of weak institutions in these countries, and exploit both the human and natural resources of these countries — and the people hiding behind these corporations dominate our world today.

They pretend as if they care, they dictate governmental policy, destroy our planet and represent the “one percent” of the very wealthy population. They control all of the world’s resources and sit atop our financial, health, food, pharmaceutical and educational institutions. However, the good news is that more and more people are starting to recognize “the system.” People are gradually awakening to the reality, and that is why we are showing you this video from Collective-Evolution.

When we talk about exploitation, we mean precisely that despite the fact that corporations operating in developing countries make billions of dollars and could easily provide more pay, benefits and decent working conditions… they choose not to. The sad thing is that when workers stage protests to demand what should have been given to them in the first place, the corporations are generally protected.

But as people who want to change our world and make it a better place for everybody, we cannot continue to work for them — buying their products and at the same time turning a blind eye to how their products are manufactured and delivered to us. We must begin to take concrete actions that will translate into something that will shake and destroy the foundation of this exploitative system.

As people, we have become so dependent on corporations to the extent that we have stopped questioning and caring about the process that makes them what they continue to be. It is a horrifying system. It is a system where the few ride on the backs of the many… made up of children, the sick, the old and the weak. These defenseless people have become victims of the situation. But we continue to see big athletes and celebrities represent them, and with the help of their media establishments, the corporations continue to deny their involvement in any type of exploitation despite the mountain of overwhelming evidence proving their guilt.

Investigative journalists, and other people who care about exposing the rot in the system over the years, have exposed it. And there are many examples: from children and adults working in toxic, filthy conditions, to employees at Apple committing suicide often enough that a factory in China had to put up suicide nets outside the building. We recently published some terrifying pictures about how the corporations are destroying everything in our world including human lives.

We cannot continue to stick to the old argument that, “we have no choice because they have provided us an opportunity to work.” WE should determine the direction of the world, not them. We are more than them… we are the people… we are the world! If we come together and unite, we will defeat them.  If we refuse to take action today, we will all be guilty of it tomorrow. Don’t be left out… join our struggle for a better world!

This Article (Watch How The Global Capitalism Operates Today In Our World [Video]) is free and open source. You have permission to republish this article under a Creative Commons license with attribution to the author and AnonHQ.com