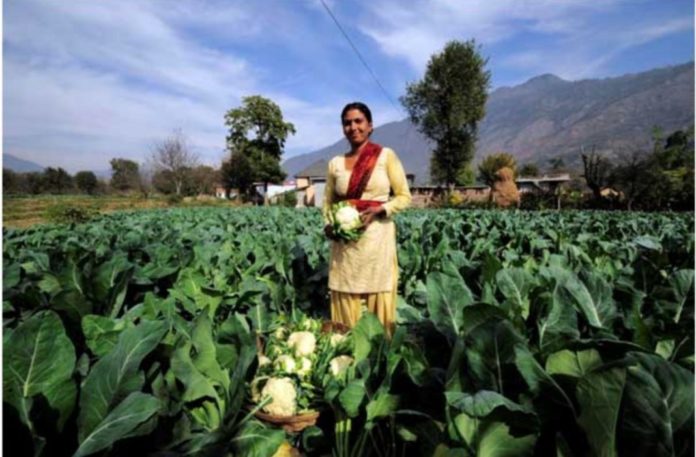 In September 2014, the Indian Government launched Rastriya Krishi Vikas Yojana (National Agriculture Development Program) to promote use of organic farming and reduce dependence on chemical inputs. In January 2015, Sikkim — which produces 800,000 tons of organic produce, accounting for nearly 65% of all of India’s 1.24 million tons — was declared the country’s first 100% organic state free of harmful pesticides, chemical fertilizers and toxic GMOs. Now, Goa, a state in western India, plans to reduce the use of chemical fertilizers and pesticides in order to go 100% organic. The state department of agriculture has launched a state sector scheme titled assistance for use of organic inputs by the farmer. Ulhas Pai Kakode, director of agriculture, stated:

Under the scheme, 50% assistance will be given on cost of organic inputs (such as organic fertilizers, bio-fertilizers, bio-pesticides and bio-control agents) limited to INR 10,000 per hectare, with the maximum of up to two hectares or INR 20,000 per beneficiary for all categories of farmers on the use of organic inputs.  Farmers with as little as 0.1 hectares are also eligible for the program, keeping the tradition of indigenous farming on small plots intact.

The concept of organic farming isn’t new to India. It is something that has been practiced since ancient times, to reduce the cost of production for the farmers as well as ensure quality food for the consumers. However, modern organic agriculture came into existence in India with the growing demand for organically grown food and fiber in the western world.

However, despite an estimate of 25-30% growth, Indian agronomists are skeptical about the sustainability of growth in the future, due to a lack of awareness about organic farming, branding and promotion for higher realization. DS Rawat, ASSOCHAM’s secretary general, remarked:

“The fate of organic farming in India hangs in balance due to the lack of government support, farmers’ courage to convert inorganic land into organic land and absence of globally recognized consultancy for timely guidance to farmers. Thus, huge support from the state and the Centre is required for higher realization of farmers’ produce.”

In the United States, the clamor for organic farming is so intense (sales of organic products grew 11% last year to $43.3 billion, or roughly four times the growth in sales of food products over all) that major food brands like General Mills, Kellogg’s and Ardent Mills are paying farmers to switch to organic.

According to The New York Times, General Mills recently signed a deal to help convert around 3,000 acres to organic production of alfalfa and other animal feeds; Ardent Mills offers farmers a premium for crops grown on land while a farm transitions to organic. This kind of financial investment and cooperation is presently not available to farmers in India.

This article (Goa: Indian State To Pay Farmers To Go 100% Organic, GMO-Free) is a free and open source. You have permission to republish this article under a Creative Commons license with attribution to the author and AnonHQ.com.