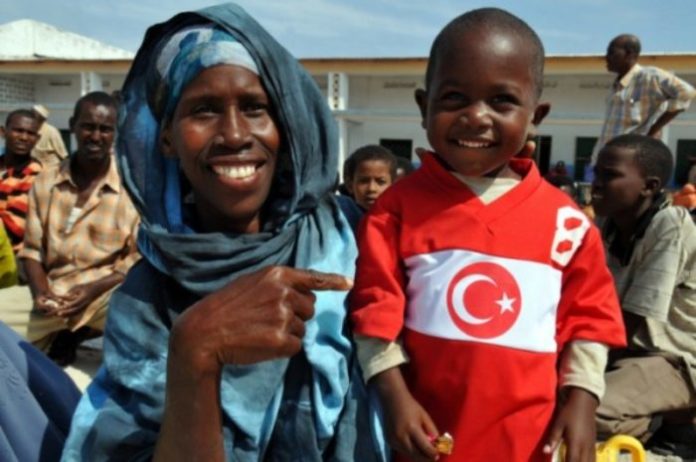 Africa has been the land of exploitation for Western countries for years. From the slavery to the colonial period, Western countries have killed, exploited and dehumanized many Africans. Between 1525 and 1866, it is estimated that over 12.5 million Africans were taken and turned into slaves by Western powers, forcing them to work in horrible conditions in the Americas.

When slavery was abolished, the Western powers didn’t turn away from Africa, rather, they had further plans. Between the period of 1884-85, they met in Germany to discuss the division of the African continent among themselves. This later became known as the Berlin Conference. The King of Belgium at the time, Leopold II, had seized on the opportunity, carving out an area in Central Africa known as the Congo Free State (modern day Democratic Republic of the Congo) as his private property.

Leopold II unleashed a pure terror and horror never before seen in human history. The atrocities Leopold II committed in the Congo Free State were far worse than what Adolf Hitler did to the Jews during the Second World War. He implemented forced labor on the vulnerable population. They produced rubber and other cash crops for the king, who sat comfortably in Brussels’ domain. Those who refused to obey the king’s order were killed or starved. Some had their legs and hands amputated. In the end, Leopold II’s hard labor will kill over 10 million Congolese. Some of these stories have been suppressed, never to be found in the history books – yet, they happened, and the evidence still remains. When the Africans won independence, many observers thought it was the beginning of a new era. But unfortunately, they were wrong. The West, still not satisfied, had unfinished business to attend to. They still interfered in the political, social and economic order of these new countries, with many leaders, who refused to kowtow to the West, killed or ousted. Notable among them is Kwame Nkrumah of Ghana and Patrice Lumumba of the Democratic Republic of the Congo. For Lumumba, he was brutally killed by Belgian intelligence officers, and his body dissolved in a high concentrated acid to avoid any traces of evidence. Today, Western countries pretend to help Africa through loans and so-called development aid. However, the truth is, the West takes more than what it gives. For example, according to research conducted by a coalition of NGOs, and published by the Guardian, Western countries use aid to hide the “sustained looting” of the continent. Africa loses nearly $60 billion a year through tax evasion, climate change mitigation, and the flight of profits earned by foreign multinational companies on the continent. The continent receives $134 billion each year in loans, foreign investment and development aid from Western countries, but $192 billion leaves the continent each year. This tells you that the so-called Western aid to Africa is nothing but a big sham. It is a complete fraud. But all is not lost. Many African countries are starting to realize the West’s looting and greediness. Therefore, some African countries have started shifting their foreign policies and allegiance towards China, Turkey, and wealthy nations in the Middle East.

Especially for Turkey, since Recep Tayyip Erdogan’s rise to presidency in 2014, he has given much to Africa, through development aid.

Despite Turkey facing internal security threats and a refugee crisis, due to the United States-backed civil war in Syria, the country is still committed to Africa. Last year, Turkey reportedly spent over $10 billion in humanitarian relief to over three million Syrians who crossed into the country. Since the year 2000, Turkey’s trade with Sub-Saharan Africa had grown eightfold, reaching as high as $6 billion. At the same time, the number of Turkish embassies across the continent has also increased fivefold, reaching a record number of 34. The Turkish Cooperation and Coordination Agency has also remained active across the African continent, implementing hundreds of humanitarian and developmental projects to provide better healthcare, promote agriculture, protect the environment and facilitate commerce. In Somalia, for example, Turkey has shunned the terrorist threat in the country, entering it with its officials and NGOs. Turkey has poured over $500 million into the nation, building hospitals, roads, and all kinds of infrastructure projects in Somalia.

Also, Turkey is hosting and providing scholarships for more than 4,500 African students, who are currently studying in a number of prestigious Turkish universities. Turkish Airlines also flies to 48 destinations on regular schedules, to Africa. Turkey’s foreign policy is dictated with the notion of “helping humanity.” Therefore, the country is pouring more into Africa than what it is taking out. This is changing many lives in Africa.

However, Turkey’s activities in Africa have worried Western leaders. Turkey is spoiling their plans. It is spoiling their business of exploitation.  In order to discredit Turkey, the West has therefore labeled President Erdogan as a dictator. Some Western leaders even played a role in the attempted July coup in Turkey. However, Erdogan is determined to increase what he and his country are doing for Africa.

This article (Turkey’s Aid Changing Lives in Africa, Western Leaders Worried About Allegiance) is a free and open source. You have permission to republish this article under a Creative Commons license with attribution to the author and AnonHQ.com.