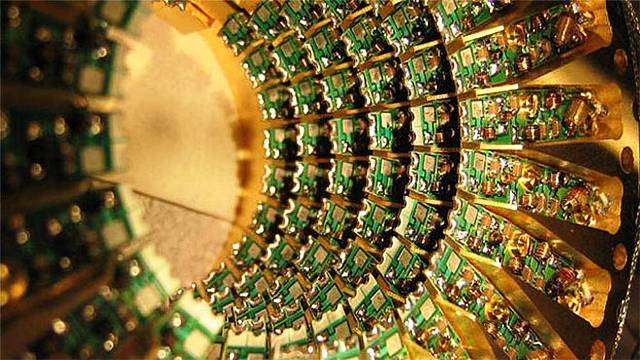 In the last three decades, experts have been improving our technology and quantum computer system that are tremendously stronger than all the computers we have in our world today. With that being said, a company that started off as the yellow pages of the internet – Google – has teamed up with National Aeronautics and Space Administration, and gave the world a quantum computer that is called D-Wave 2X and this time it works very well.

The tech giant says that the D-Wave 2X is a billion times faster than all the machines that exist today. So if that is the case, then D-Wave 2X can in theory finish calculations within a few moments for a question or numerical problem which may take a standard PC or machine more than a few thousand years to come up with the solution. That is particularly crucial considering the complicated activities that today’s personal computers are summoned to accomplish and the astonishing volume of information they are asked to function with. The D-Wave 2X signifies a quantum jump not just for computers but also in the world of artificial intelligence – as a matter of fact; Google describes this as Quantum A.I. That is due to the fact that the conditions which are really challenging or really complicated for today’s gadgets to solve, may very well be sorted out easily down the road. Thanks to the particulars of precisely how Google’s quantum computer system operates – the way how it processes data is identified as quantum annealing.

Just imagine NASA having the capacity to make use of quantum computers to improve its flight plan for their future space missions or DHL with the ability to enhance its logistics system and fleet of ships and aircraft or your international airport being able to improve its air traffic control and their command system or the armed forces having the capacity to encrypt or reverse engineer a code, or a pharmaceutical company being in position to boost its research for a innovative new medicine. You get the gist of it; the revolutionary Google quantum computer system may potentially be worth hundreds of thousands that are too specific targetted companies or government offices.

On top of this, people may also gain benefit from the advancement of Quantum A.I. In Google’s introductory clip showing their Quantum Artificial Intelligence Lab, Google implies that travelling may very well be one kind of clientele related problems worth going after. For instance, if you are planning a vacation in the European countries you know going through the usual stuff, like choosing the countries and places you would like to visit, instructing your PC the budget you have for the trip, to which Google will give you the best results for the trip. That is just one piece of the puzzle in the big picture of quantum computers.

Quantum computer systems are very challenging critters to tone down; these systems employ quantum bits. Quantum bits are different from digital bits that are binary – that is one OR zero – while a quantum bit could either be one and zero at the same time. As a result, it is important to manage all the peculiar attributes of particles expected by quantum mechanics to be able to process quantum computer systems effectively. Also, it doesn’t stop there each, and every ten feet high D-Wave computer system must be extremely chilled to a temperature that is one hundred fifty times colder than the temperatures in the deep space. And that is when the artificial intelligence content makes a difference. IBM, for example, possesses a digital super-computer known as the IBM Watson. This super-computer also wants to enhance the analysis and advancement strategy for medicine experts in order to uncover new treatments. And IBM Watson is also working in the consumer domain, where it is currently working enhancing the training routines for top professional athletes. And this is not about who builds the best ultra or supercomputer, but it is about making the most of it from the available resources we currently have.

Take into consideration, for instance, the unique mem-computer, that imitates the method by which the human brain operates, saving and handling critical information, handling all those complex multi-tasks at the same time. There are several other unconventional computer systems, but that is a completely different topic. Moreover, many prominent research laboratories, as well as reputable educational institutions particularly the 315-year-old Yale University, which some time ago established the Yale Quantum Institute – are also in the run for creating their own quantum computer systems. In other words, we will be seeing the new quantum computers in our homes very soon and our classic computers out in the trash cans – not literally but you get the idea.

We are now hunting for a new successor and Google intends to bless D-Wave as its true inheritor. Together with their technology changing headline that quantum processing is effective, the tech giant hopes to exhibit that they have discovered ways to make convenient quantum computer systems for the business oriented industry. Should you declare to have come up with anything which is a lot more faster than what exists today, well then you are certain to roll up against doubters and yes there are plenty of doubters for the Google’s new invention. One major niggle in regards to the quantum bits is the fact that the test outcomes had not been anywhere close to as to how Google showcased them to be. That is due to the fact that the digital computer wanting to beat the quantum computer was made to play under Google guidelines, that implied the fact that it was required to work with the exact same algorithmic rule that the quantum computer was working with and also that the algorithmic rule had already been thoroughly tuned to the distinct features of the quantum machine.

Picture participating in a boxing match in which your boxing gloves are too big, and your shorts keep falling down. And you are fighting in an environment (for instance you are fighting on a street) of which your opponent is well familiar with, and knows everything around it – unfair isn’t it. Now with that stated, you can understand the different scenarios that we are about to put forth.

The first situation is that Google makes use of these D-Wave quantum computer systems to be the Pablo Escobar in the artificial intelligence market. Forty to fifty years ago none of us would have expected that an average person would ever come close to a computer, but now almost everyone in this world owns a computer in some form; so maybe some day people will own their personal quantum computers. However, the second situation is the fact that the planet advances to other kinds of computer systems, maybe making use of hardware that may be simpler to process than quantum bits. It could be that quantum computer systems are basically too wacky, very challenging to program, maybe they require a very different path or a very difficult path to resolve the kinds of problems the majority of folks want to fix. Quantum computer systems might possibly enhance a country’s air traffic control system or even assist a spaceship to other planets, but let’s just say you simply want to check your emails or want to schedule a meeting for the next day? With the help of these quantum computers its not going to be the way you are thinking it to be right now.

This Article (Google’s New D-Wave 2X Quantum Computer) is free and open source. You have permission to republish this article under a Creative Commons license with attribution to the author and AnonHQ.com.