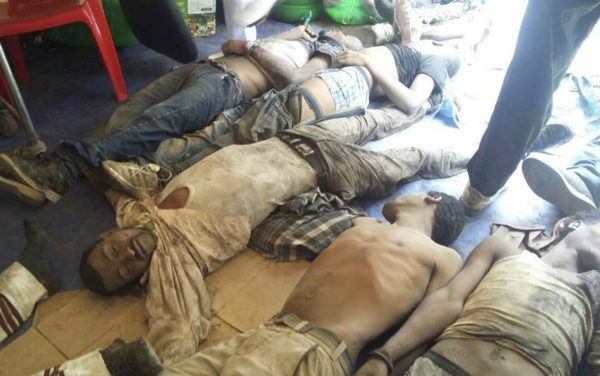 More than 52 protesters have died in Ethiopia, a country in east Africa, following a deadly stampede at a religious festival.

The religious festival, known as Irrecha, is celebrated annually by the Oromo people, the largest ethnic group in Ethiopia. The event was held on Sunday, Oct. 2 in the town of Bishoftu, about 40km southeast of the capital Addis Ababa.

It is said more than two million Oromo people attended the festival. According to how the stampede occurred, many of the Oromo people who were attending the event were there at the same time as protesters. During the event, the protesters reportedly prevented elders, close to the current Ethiopian government, from delivering their speech. As the situation became somehow chaotic, police fired tear gas and rubber bullets, sparking fear among the thick crowd. This led to the stampede.

Ethiopia has a deep political history. In 1974, a Marxist–Leninist military junta overthrew the monarchy government of Emperor Haile Selassie I.

The left-wing military government, which had considerable support from the then Soviet Union, ruled Ethiopia until 1991. As the Soviet Union became weak and disintegrated, so did the military junta of Ethiopia. When the EPRDF seized power in 1991, it later metamorphosed into a political party. The EPRDF has since been ruling Ethiopia. For more than two years now, the Oromo people have been protesting against the Ethiopian government, accusing it of being biased against other ethnic groups in the ruling coalition.

In June 2016, Human Right Watch (HRW) reported that Ethiopian government forces have killed more than 400 Oromo protesters. HRW said it started the body count of the security forces brutalities against the Oromo people in November 2015.

However, the government refuted the HRW report. It blamed rebel groups and dissidents abroad, for stirring up the protests and provoking violence. In this latest incident, although there are video footages available to prove that the stampede occurred as a result of firing of tear gas and rubber bullets by the police, the government is not admitting any guilt. It is again accusing rebels and dissidents among the Oromo people of being behind the incident

The Ethiopian Federal government communications office said in a statement: “As a result of the chaos, lives were lost and several of the injured were taken to hospital. Those responsible will face justice.”

Merera Gudina, chairman of the opposition Oromo Federalist Congress who has been very instrumental in the protest, told Reuters that the deaths occurred when people fled after police fired tear gas and shots in the air to disperse the anti-government protesters at the festival. This article (Government-backed Slaughter: More than 52 Protesters Killed in Oromia Festival Stampede in Ethiopia) is a free and open source. You have permission to republish this article under a Creative Commons license with attribution to the author and AnonHQ.com.