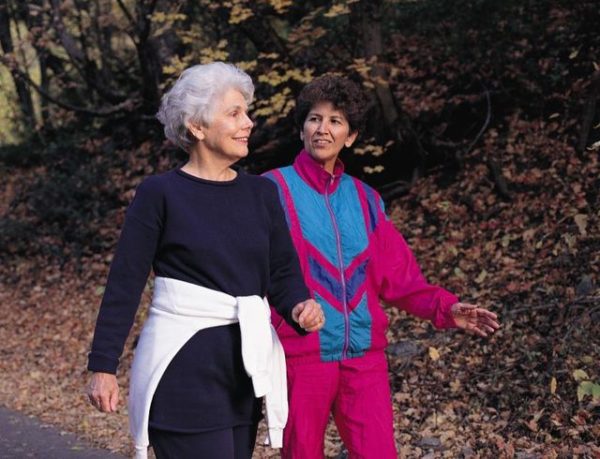 Researchers from Stanford University’s School of Medicine in the United States have announced that they have successfully treated stroke survivors who were paralyzed by the disease, aiding them to walk once again.

According to the researchers, the survivors used in the trial needed a wheelchair for the rest of their lives, as they were medically considered to be paralyzed forever. The trial has been published in the journal Stroke.

With the permission of the survivors, the researchers have achieved what has never been done before in neurosurgery. Stroke, sometimes called brain attack, occurs when the blood supply to part of the brain is blocked, or when a blood vessel in the brain bursts. In either case, parts of the brain become damaged, or die. According to the American Centers for Disease Control and Prevention, stroke kills almost 130,000 people a year in the United States.  Stroke is also a leading cause of serious long term disability in the country. The researchers explained that 18 stroke survivors agreed to allow doctors to drill a hole in their skull and inject stem cells into the damaged part of their brain. It is said the survivors’ strokes had occurred between six months and three years, previously. Researchers have theorized in the past, that brain will no longer regenerate after six months of death. They also said stem cells could not integrate into the brain to become neurons.

But the theory was proved wrong with the new therapy attempt by the Stanford researchers. The trial showed that stem cells secrete powerful chemicals for growth and regeneration, which the brain can use to restore its function. The therapy is said to have completely turned the adult brain back to an infant brain, rebuilding it, and helping them to walk again. The patients are said to have an average age of 61.

The researchers concluded that the new therapy could also work for other neurodegenerative conditions such as Alzheimer’s disease, Parkinson’s and Lou Gehrig’s disease. All the patients involved with this groundbreaking trial had suffered what is known as ischemic strokes, where a clot prevents blood getting to the brain. This defect leads to brain cell death. According to the procedure used, the researchers drilled a small hole in the skull above the damaged area so that SB623 stem cells could be injected at several spots around the edge of the injury. The stem cells used in the trial were taken from the bone marrow of two donors.

After the process was completed, the patients were reportedly sent home the following day. It is said some complained of initial headaches, because of the surgical procedure, but after the headache was treated, there were no long-term side effects.

They were monitored with blood tests, clinical evaluations and brain imaging. The researchers said they noticed that the implanted stem cells do not survive very long in the brain, but recovery continued, even after they had vanished. Overall, the researchers revealed that there was 11.4 point improvement on the Fugl-Meyer test, which gauges how well stoke patients can move. The injection was done two years ago, and there has since been no problem with the then patients. Chair of Neurosurgery at Stanford, Professor Gary Steinberg, who led the trial, was quoted as saying by the Telegraph: “The remarkable recovery we saw in many of these chronic stroke patients was quite surprising. This wasn’t just ‘they couldn’t move their thumb and now they can’. Patients who were in wheelchairs are walking now. Their ability to move around has recovered visibly. That’s unprecedented. The study changes our prior notion that patients can’t recover much more after the first six months following a stroke because the circuits are dead, or irreversibly damaged. In a simple sense, the stem cell transplant turns the adult brain in a neonatal of infant brain which recovers well after a stroke or other injury.” Professor Steinberg is said to have spent 15 years researching stem cells. The Research Communications Manager at the Stroke Association in the United Kingdom, Dr Shamim Qadir commended the researchers for their initiative, hoping that the second phase of the trial will also be successful.

“There is an urgent need for alternative treatments. This trial adds to a growing body of early clinical evidence suggesting stem cell treatment could promote recover in people months, and even years after having a stroke. This is positive development and brings much needed hope for the many people living with disability. We look forward to the results of the Phase II trial which could tell us much more about this type of stem cell treatment,’ Dr Qadir said.

This article (Groundbreaking: Stroke Survivors Walk Again after Researchers Inject Stem Cells into Their Brain) is a free and open source. You have permission to republish this article under a Creative Commons license with attribution to the author and AnonHQ.com.