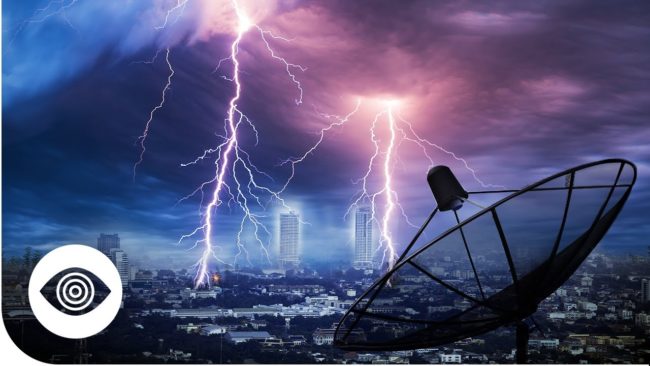 The super secret government facility turning weather into a weapon, causing drought and famine across the globe, controlling minds and driving climate change to unprecedented levels. We have all heard the claims, seen the YouTube videos, and to this day, countless people remain outraged over the existence of this government program.

I still see comments, still hear the banter. Every day there is another tin foil hater touting about this ‘evil death machine’, going on and on about how HAARP and other government programs are ruining the world – and quite frankly, I just can’t take it anymore. There is just too much stupidity, and I honestly think people do not know the information I am about to tell you.

You see, the problem with conspiracy theorists is that they don’t tend to keep up with the news very well – or reality for that matter. What none of these people understand is that HAARP was decommissioned by the Air Force after it was cut by the United States government more than two years ago!

The program came to an end with Federal sequester budget cuts in 2014, after Congress could no longer justify the cost of keeping the facility open for the results it produced. The facility was even up for sale to the general public, for a cost of $5 million dollars per year, and no one wanted to buy it. However, after more than a year, the facility was bought by the University of Alaska Fairbanks last July.

After a two million dollar investment to get the facility back up to working capacity, HAARP has been back in action since September 2015. Before you go ahead and say the University of Alaska is now the evil entity controlling our weather, trying to ruin the world, perhaps you should just contact them yourself and talk to them about it. Maybe visit the facility in person – yes, you can do that now.

As a spokesperson for the University has said: “We really hope to share this with the public so the conspiracy theories will dissipate. We want to show people that there is and always has been legitimate research happening at HAARP.”

So, what does HAARP actually do? Well, largely the facility studies radio telecommunication within the ionosphere. More specifically, the facility studies the manipulation effects solar storms and meteorological conditions cause on satellite and radio communications across different broadcast locations. For example, the facility can mimic the effects a lightning strike has on a radio signal, which, if you have ever listened to an AM radio during a storm, you would understand.

To clarify for all the crazies out there, they can “mimic the effects of a lightning strike,” they do not and can not possibly make an actual lightning strike or storm – or even a cloud for that matter. They do all of this by simulating radio waves, not performing weather modifications. As for those radio waves, as the University of Alaska points out,  “saying HAARP’s radio waves effect the atmosphere is like saying throwing a stone in the ocean effects the Pacific Current.”

This article (Exposing The Truth About HAARP) is free and open source. You have permission to republish this article using a creative commons license with attribution to the author and AnonHQ. Join the conversations at www.anonboards.com