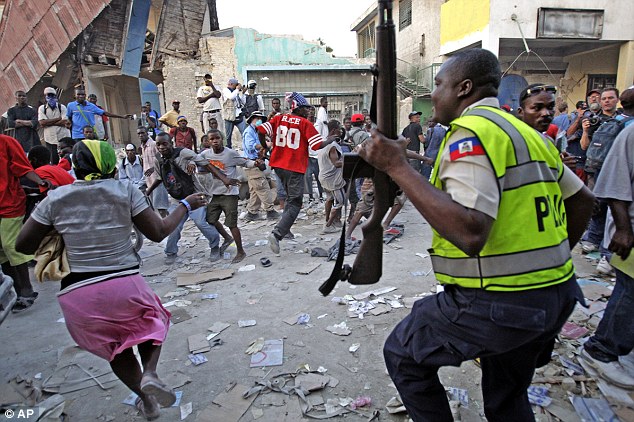 Haiti, which has suffered 32 coups since independence, has a long history of oppression by dictators – including François Duvalier and his son Jean-Claude Duvalier. In 1957, François Duvalier, also known as “Papa Doc,” became president of Haiti, ushering in a period of human rights abuses from which the country is still recovering. An estimated 30,000-60,000 people were killed in the 30 years Haiti was under the rule of Duvalier and his son — and successor — Jean-Claude Duvalier, also known as “Baby Doc.” It is estimated that President “Baby Doc” Duvalier, his wife Michelle and their agents stole $504 million from the country’s treasury between 1971 and 1986.

In Haiti’s “bandit territory,” the below film investigates the assassination of Jean Dominique and how Jean Bertrand Aristide – an elected leader, who once led an uprising against dictatorship, seems to be succumbing to Haiti’s same old violent riddles – political killings, kidnapping, torture and unlawful incarceration are common unofficial practices. Cité Soleil in Port-au-Prince, one of the biggest slums in the Northern Hemisphere, has been called, “the most dangerous place on Earth,” by the United Nations. On the Corruption Perceptions Index, Haiti has consistently ranked among the most corrupt countries in the world.

This Article (Haiti’s Struggle For Freedom — The Untold Story [VIDEO]) is free and open source. You have permission to republish this article under a Creative Commons license with attribution to the author and AnonHQ.com.