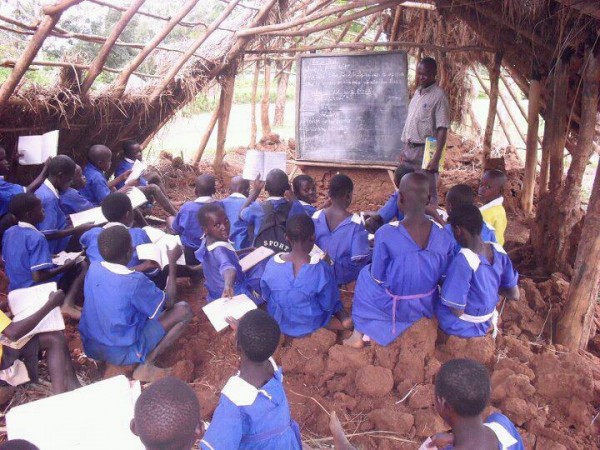 Education is one of the major priorities for any serious nation. But this month, some disturbing news came from the small East African country of Uganda; foreign investors who are in the real estate sector in the country are pulling down schools to build houses.

According to the TakePart, over the past few years, more than 30 schools in the capital, Kampala have been pulled down by the investors. In addition, neither the students or their parents were given prior notice of these demolitions.

The situation has resulted in some schools making use of the sheltered space under trees to conduct classes. The ‘school under trees system’ is very common in Sub-Saharan Africa, where education is neglected by governments and policy makers.

It is said the Ugandan government decided to take action only when public pressure mounted and citizens threatened to take the law into their own hands. The latest school to have suffered under this ‘school turned into real estate development’ is the 85-year-old Nabagereka Primary School, the oldest school in East Africa. The school was extensively renovated last year and has more than 1,000 students. Its demolition has caused lots of problems for students and parents. Parents are forced to find alternative private schools for their children, which is very expensive.

“When the school was demolished, we had no option but to tell parents to take their children to other schools,” Nabagereka’s former head teacher, Josephine Nokibuuka, reportedly told Al Jazeera in an interview.

According to local observers in the country, what has caused this ‘school turned into real estate development ’ is that some schools were built on lands owned by private businesses or faith-based organizations.

A professor at Makarere University in Kampala, Advani Mbabazi said bluntly that the Ugandan government is also smoothing the way for foreign investors who flout the country’s laws. But as public opinion about the situation continues to deteriorate, the government has said it will fully investigate the situation for sanity to prevail.

“We are still investigating this matter and we shall tell the public what we have found. Our audit exercise is not to target individuals, but is aiming at [the] ultimate protection of land belonging to education institutions. However, if there are individuals taking the schools’ land, they will be identified and questioned accordingly,” Uganda’s Minister of Education, Science, Technology and Sports, Jessica Alupo told Al Jazeera. As outlined in the CIA’s intelligence report on education in Africa, only 71.5 percent of women and 83.5 percent of men over the age of 15 are literate in Uganda. Unfortunately, the current situation will only help to increase illiteracy among citizens.

According to Uganda’s Minister of Education, Science, Technology and Sports, the majority of literate Ugandans go through two basic levels of education (primary and secondary schools), but very few make progress to universities and other tertiary institutions in the country.

This Article (Foreign Real Estate Investors Destroy Schools To Build Luxury Houses In Uganda) is free and open source. You have permission to republish this article under a Creative Commons license with attribution to the author and AnonHQ.com.