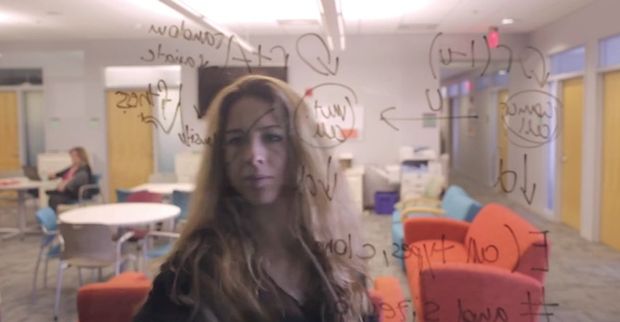 At 33, Dr Franziska Michor is Director of both the Physical Sciences-Oncology Center and the Center for Cancer Evolution at the Dana-Farber Cancer Institute. Dr Michor is also a Professor of Computational Biology at Harvard’s T.H. Chan School of Public Health. A recipient of the Alice Hamilton Award from Harvard University, the Theodosius Dobzhansky Prize of the Society for the Study of Evolution, Dr Michor was awarded the Vilcek Prize for Creative Promise in Biomedical Science in 2015, for her research. The research delved into and fused evolutionary biology, mathematics, computer science, and clinical research, to better understand cancer genesis and treatments.  Relationships among cancer types, and the emergence of drug-resistant tumors was also advanced.

Extraordinary isn’t it? More so because she believes math can be used to assist doctors in predicting the behavior of cancer cells, to formulat a treatment plan to combat the dreaded disease.

“Math permeates everything. It’s the foundation of physics. We can use mathematics to understand everything from planetary movement to quantum mechanics… So why can’t we do that in medicine?”

How can scientists use math to decipher how cancer grows and mutates, you may ask?

During her Ph.D. program in evolutionary biology at Harvard University, Dr Michor developed evolutionary models of cancer – by blending mathematics and medicine.

One part of that work involved looking at models of chronic myeloid leukemia (CML) and resistance to imatinib (Gleevec), a drug that inhibits a specific protein that’s characteristic of CML. Using mathematical models and a 169-patient data set, she and her colleagues examined the speed at which cancer cells were depleted when patients were treated. Among this group of patients, Dr. Michor concluded, imatinib did not eliminate the cancer stem cells: Instead, it targeted more differentiated cells, such as progenitor cells. The research offered an explanation for how cancer could recur in these patients.

At the Physical Sciences-Oncology Center, Dr Michor uses biological information to build mathematical models to predict the cell of origin for brain cancers and certain types of leukemia. She also uses statistical analysis to predict or simulate what happens when cancer drugs are introduced at different time intervals.

“With math, if you do it once – unless you made a mistake – it’s going to be the same every time you do it. However, if I put on my biology hat, it’s very hard to come up with a mathematical model that abstracts at the right level because biology is very complex. A good model must be simple enough to provide conceptual insight but not overlook important components. It’s almost an art, really.”

While she acknowledges that a quantitative approach to cancer research cannot completely cure the disease, she sees value in its application in oncology.

“I’m hoping that the work I’m doing will leave a mark on the world, and it will show us a path towards making cancer research more quantitative and more predictive. We’ll learn how to formulate mathematical formulas for how cancer cells behave and respond to interventions that we throw at them, in order to have a predictive, explanatory understanding of the biology of cancer.”

Dr Michor has also designed alternative cancer drug treatment regimens, which may help increase the odds of patient survival by altering the dose and timing at which cancer drugs are administered. Early-stage clinical trials to test the logistical feasibility of her alternative drug regimen for non-small-cell lung cancer, and to develop an alternative radiation therapy schedule for a form of brain tumor, are currently underway.

And she isn’t alone anymore – many scientists have begun to realize that math can aid in fighting caqncer. A research team from Harvard, Edinburgh, and Johns Hopkins University have developed a new model of solid tumors that reflects both their three-dimensional shape and genetic evolution, explaining why cancer cells have a surprising number of genetic mutations in common, how driver mutations spread through the whole tumor, and how drug resistance evolves.

Using #Math in the fight against #Cancer https://t.co/xLw9YGMnMU via @harvard

This article (Harvard Professor using Math to Research, Diagnose and Treat Cancer) is a free and open source. You have permission to republish this article under a Creative Commons license with attribution to the author and AnonHQ.com.